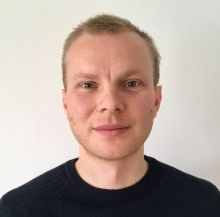 Why some images trigger our emotions – and make us pay

We make unconscious decisions all the time, also when spending money, which is why we have to study the way campaigns affect us, explains CBS researcher at the conference, ICIS 2022. 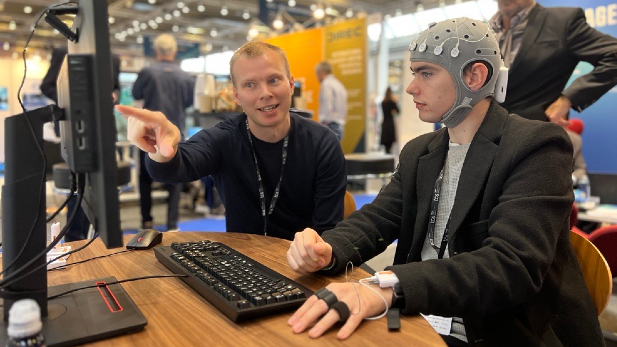 These days, Copenhagen is hosting the world’s biggest conference on “Information Systems” – ICIS 2022, and this year’s headline is: “Digitalisation for the Next Generation”.

For many years now, our world has become increasingly digitalised. We are exposed to news, messages and advertisements as we scroll through the social media platforms on our phones.

But some images are better at catching our attention than others; they make us pause, perhaps we also click on the image, and then we might even spend our money. And those decisions are not always based on rational considerations.

“We know that images that provoke an emotional response are better at catching our attention. It is a primitive instinct, because it tells us that this thing, in a worst-case scenario, could be dangerous, and in a best-case scenario, could be something we should respond to,” says Andreas Blicher, Postdoc at Neurolab at the Department of Digitalization at Copenhagen Business School.

He recently presented a paper at ICIS 2022, at Bella Center, about a study in which he equipped trial subjects with, among other things, devises to measure sweat levels and eye movement in order to measure their emotional response to images in cancer campaigns. And here it turned out that we tend to let unconscious emotions decide when we spend our money.

“When the campaign included an image of a visibly ill person, the emotional response, measured in terms of increased heart rate and breathing as well as a more focused gaze, was stronger. At the same time, more people donated money to these campaigns.

We may believe that we only make decisions based on reason, but Andreas and his colleagues are quite simply able to measure that we allow unconscious emotions to affect our choices. The exact degree will have to be examined further, but it could have far-reaching consequences, he explains.

“There is a huge interest in this field of research, because we are constantly exposed to visual information, which we have to assess in a very short matter of time. Not long ago, there were election posters all over the place, but it is digitally, in particular, that we are bombarded. Just think about what catches your attention as you scroll through Facebook, Twitter or even Tinder,” says Andreas Blicher.

That our subconscious mind and emotions play a part in the choices we make is nothing new, but our ability to study this has improved, and knowing which images catch our attention is highly sought-after knowledge.

“If we look at this through a commercial lens, then everyone in advertising and campaign work ask themselves what they can do to catch the target group’s attention. However, from a societal perspective, as in the case of cancer campaigns, it becomes problematic that the campaign that presents best gets more money – because they are not necessarily the ones most in need of the money. Very likely, it is the other way around,” he says.

In much the same way, you can imagine that the news and posts on social media that catch our attention are not necessarily what we need to see the most. 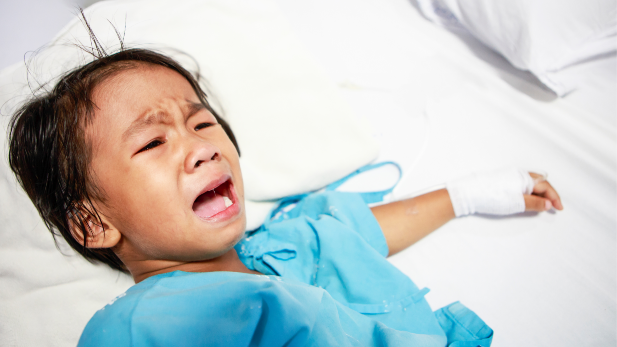 (This picture is an example of the types of photos that evoke a strong emotional response. Photo: Colourbox)

How to measure “emotional response

In the study on cancer campaigns, Andreas Blicher and his colleagues carried out an online experiment and an experiment in a lab, where a group of trial subjects were presented with 48 choices related to 24 campaigns on Gofundme.com.

The trial subjects could spend 24 dollars, and each time they chose one campaign over another, that campaign received one dollar. At the same time, the subjects were equipped with devices that measured their sweat levels and their eye movements as well as their facial expressions on seeing the images.

Here, the measurements revealed that images of people who were ill and, for example, lay in a hospital bed, had more pronounced responses, and those campaigns also received more money.

The study is published in ICIS 2022 Proceedings.

The research was carried out at the newly established Neurolab, which is part of “The Mood Synchronicity Project”, which will study how different forms of communication affect our mood. The project is supported by a grant from Carlsbergfondet.

“Among other things, the project springs from the time with Corona restrictions. Here, we became interested in studying what it means if we sit together and work, or if we have online meetings with our cameras on, or if we talk on the phone. We mirror ourselves in the emotions our colleagues show us, and now that working from home has become more common, delving into what that means in terms of our working lives only becomes even more interesting,” Andreas Blicher concludes.