Rony Medaglia is professor with special responsibilities at the Department of Digitalization. His research focuses on the digitalization in the public sector, from the perspectives of public policy, digital service provision, and citizen engagement. He is interested in the transformative impacts of digital technologies – such as social media, Artificial Intelligence, and blockchain – in government and in public-private partnerships, with an international perspective. 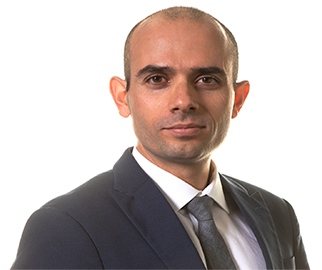 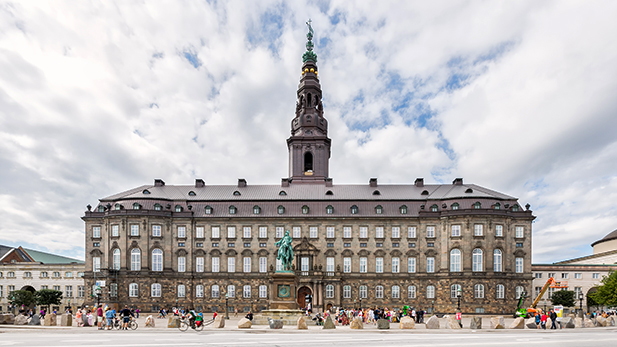 We asked CBS Professor with special responsibilities Rony Medaglia to look at our digital future from his own research perspective to understand how digitalisation is changing our lives.

How is Artificial Intelligence (AI) changing our relationship with government?

The principle of Artificial Intelligence is that, unlike traditional automation, it doesn't require instructions to reach a goal but it learns by itself by identifying patterns in large sets of data and teaches itself how to reach a goal.

Today, the cost of collecting data has become so low that we have huge amounts of data available with which we are able to train these AI systems. We can train machine learning algorithms to become more and more refined, using large amounts of good quality data.

One of the ways in which AI can impact government is to provide more personalised services, so governments are able to customise services at the mass scale because they are able to automate some decisions by basing them on machine learning algorithms.

For instance, a public agency that has to decide which welfare benefits to give to which category of citizens can now use the support of AI to identify and target the recipients of such welfare benefits in a way that no human case worker could do, at the scale that is required by government action – that is the entirety of a country's population.

There are of course challenges with AI as the output of the decision recommended by AI systems is only as good as the input data that you provide.

There is a big debate in research right now about the role of bias in Artificial Intelligence decisions. If the input data is biased, AI will not correct for this bias and can even exacerbate it.

What will be some of the benefits of having a digital government?

When you log into the Amazon website to order your favourite goods, you see that you are not only greeted by your first name but also that the system is able to recommend to you things that might be more relevant for your taste than a generic advertisement. This is based on an analysis of your previous purchase behaviour done through AI.

Now, the same principle can be applied to government services. Instead of governments having to spend money, resources and time offering generic information or services, they can target their resources to those who really need them. That applies both to providing welfare benefits and to delivering relevant government communication.

In principle, with AI a citizen could be offered, for example, welfare benefits for being a new parent without having to apply for them. This is because the system will already know the stage of a citizen's life based on his or her previous interactions with government. That is a new level of personalisation of government services.

On paper, these technologies have huge potential. One of the benefits of digital technologies across the board is that they have the potential to minimise the interaction with government required to access services.

Look at SKAT, the Danish tax authority. One of the reasons it is considered advanced in comparison to other countries is because the income declaration is precompiled so that you only have to interact with the system if you have to communicate some changes to declare.

One of the goals of digital government is to personalise services and to reduce the need of citizens to go and queue up in an office.

In terms of citizen engagement, in principle digitalisation allows for government to be transparent at levels that are unprecedented because technically now it is easy to open up the datasets that government has collected over time. This way citizens can now look into their actions and find information. The whole movement of Open Government Data (OGD) is aimed at this.

Will some citizens feel disconnected?

Unfortunately, the more integrated these systems become, the harder it is for those left outside the system to reap the benefits of government services. This has been the long-debated issue of the digital divide: the more sophisticated digital services are, the larger the gap between the "digital haves" and the "digital have-nots". It is a responsibility for governments to provide alternative paths to digitalisation for those who lack digital literacy, resources or language skills.

The digital divide can create a situation where governments end up providing services to an elite of well-educated, broadband-connected citizens. This is a problem especially with AI as we could end up with services that are harder to understand for citizens and less transparent.

In addition, there could potentially be a big problem with citizen engagement and government accountability. Sometimes decisions made by AI are not explainable even by those who developed the system themselves.

Sometimes it can become impossible to trace why certain decisions were taken because machine learning are self-teaching mechanisms and it is very hard to link the output decisions back to the input data.

You talk about Augmented Intelligence – what does it mean?

There are things that humans are still undeniably better at than machines. One of them is empathy and the second one is creativity. What I advocate for is the combination of the best of human skills, empathy and creativity, and the best skills of AI powered automation – scaling up personalisation and identifying patterns. We can call this combination "Augmented Intelligence".

Public trust in the Danish authorities is strong - can the digital transformation sustain that trust?

If you look at the unique case of Danish society, it is a high trust society. This level of trust runs both between citizens and government but also between citizens themselves, and it has somehow survived the macro-trends of globalisation and technology evolution over the past decades.

Yet, this must not be taken for granted. With the new paradigm shift of digitalisation towards AI, trust could be jeopardised the moment citizens start to perceive that the government is not accountable anymore, because it is delegating its decisions to faceless machines. This way, trust could be eroded in no time.

We need to be very careful of how these very powerful and very potentially beneficial technologies are managed, implemented, and also communicated to citizens. It's a double-edged sword: the capital of trust that Danish society has towards its government could be quickly undermined if the transition towards an AI-powered government is not managed appropriately.