Recent research from CBS Maritime shows that the ports have many measures to reduce greenhouse gas emissions and air pollution from shipping and their own activities, but only very few of the world's largest ports work dedicatedly with these. 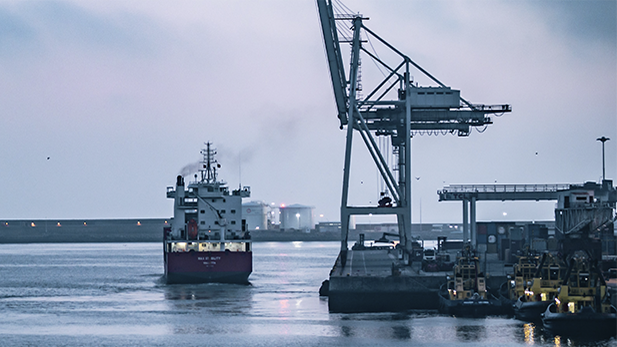 Only a minority of the world’s largest ports make a targeted effort to reduce effects on the climate and air pollution. This is the conclusion of a global study of 93 of the largest ports in the world by CBS Maritime. The researchers share their results in a feature article first published in the Danish paper Søfart.

In a large new study from CBS Maritime which is freely available in the international scientific journal Transportation Research Part D, we show that the ports have many climate and air pollution measures at their disposal, including shore power for ships, infrastructure for alternative fuels (e.g. LNG and biodiesel), low-emission technology for mobile equipment, specific environmental requirements and standards, monitoring as well as discounts and other incentives to promote environmentally friendly behaviour among port users.

This is relevant because most measures are only effective when their use is widespread and standardised along the busiest global maritime trade routes. Consequently, there is a potential gap between the increasingly ambitious goals to reduce shipping emissions and the current spread of relevant measures and there is still a long way to go before the ambitions are met.

Only a minority of the world’s largest ports, however, make a targeted effort to reduce effects on the climate and air pollution. The ports that do are often driven by physical proximity to large cities, just as ports that primarily service container shipping are further ahead than tanker and dry bulk ports.

Finally, the study shows that ports operating with a “landlord” model – i.e., ports that rent out areas, buildings and loading and unloading equipment to companies – are more likely to invest in climate measures than service ports, where the port authority itself is an operator, or ports with a mixed business model with both rental and own services.

We have examined 93 of the world’s largest ports, many of which service container, dry bulk, and tanker shipping as well as other segments. Among the ports in the study, 31 are in Asia, 22 in Europe, 15 in Africa, India and the Middle East, 12 in North America, 8 in South America and 5 in Australia.

Moreover, we have examined the ports’ measures across all mobile emitters (the ports’ own boats, barges, ships and cars, the arriving ships, terminals, and other port equipment such as cranes, terminal tractors, and forklifts).

Generally, our results are consistent with scientific literature in the field, but they also differ from some common assumptions and models. For instance, we find no link between the size of the ports and investments in emission measures, just as the ownership of the ports does not appear to play a role. The ports’ ownership not having an impact may seem puzzling as the working hypothesis that public companies are more likely to take climate and environment initiatives than private companies is very alluring. 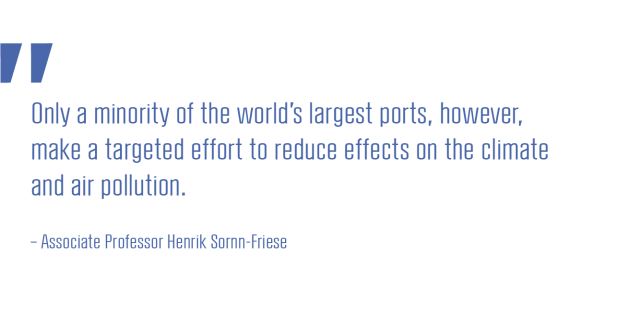 Incentives and monitoring are the measures that the ports use. An obvious question is therefore whether monitoring and financial incentives are low-hanging fruits or necessary prerequisites for more ambitious emission measures.

Monitoring, for instance, enables the ports to collect data on emission levels, which provides a better basis for initiating more ambitious environmental investments. These questions give rise to further research in the area.

Finally, we identified interesting patterns in the adoption of air abatement measures in ports and there is a clear tendency for ports to implement specific bundles of measures.

The results are relevant as the effectiveness of air emissions abatement measures increases when adoption rates are high. We therefore suggest that ports ought to collaborate on and coordinate abatement efforts as well as agree on a common direction to achieve greater effectiveness.

This cannot be determined from the present analysis, which is why we believe that a critical examination of the external communication of ports on air emission reduction efforts is an important avenue for future studies. It is important to assess the effectiveness of ports’ individual air emissions abatement initiatives for the purpose of identifying those with the greatest environmental potential.

The feature was first published in Søfart on 11 January 2021

Based on a research article published in Transportation Research part D.