Department of Strategy and Innovation 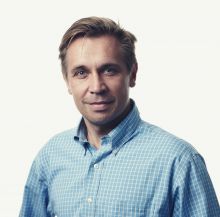 His research on strategy can be described as ”post-chandlerian” inspired by the American economic sociologist Neil Fligsteins theory on organisational key-actors, impetus for change and the following concept of strategic regimes (Fligtein, 1990). MJI has published three books based on the regime-theoretic framework in East Asiatic Company/ØK (Iversen, 2016), GN Store Nord (Iversen, 2015) and Finansiel Stabilitet (Iversen, 2013) and the research behind the books has been used in peer reviewed articles concerning the Financial Crises in Scandinavia (Iversen & Sjøgren, 2019); Shipping in Scandinavia (Tenold & Iversen, 2014; Sornn-Friese, Taudal Poulsen & Iversen, 2012).

MJI's research on innovation is focused on the contemporary development of Danish shipping. With inspiration from the late Schumpeter's concept of ”creative response to economic change” (1947) he tries to understand particular business models and digitalization in shipping after 1990.

All his research is embedded in a wider interest in the role of private enterprises in the development of the modern capitalistic societies including the relation between the companies and the state in the processes of economic globalization.

Martin Jes Iversen is Vice Dean of International Education at Copenhagen Business School. He holds the managerial responsibility of the International Office, which includes 18 employees and coordinate the exchange of more than 2000 students between CBS and the partner universities.

As Vice Dean MJI has launched two important initiatives:
1) The Academic Embedded Internationalization which bridge the academic ambitions of the CBS programs with the students opportunities for international learning experiences. The aim is to create international agreements with selected partners, which will foster the academic learning aims of the programs.
2) The One-Point-Entry system, which coordinates all delegation visits to CBS. CBS receives 2-4 international delegation visits every month and the Vice Dean coordinates these visits in close collaboration with the President, the two deans and the Vice President.

In 2019 Martin Jes Iversen is course responsible for the 15 ECTS point course ”Internship 1” at the BSc in International Shipping and Trade program. The course is based on the fifth semester of the program, and the students are analysing the learning experiences of their internship using selected theories and concepts from their previous courses.

Martin Jes Iversen is the supervisor for bachelor projects and master theses with focus on contemporary Danish shipping, in particular in relation to three academic areas:
-    Strategy including business models
-    Innovation including digitalization
-    Corporate responses to institutional change

In 2015-2016 Martin Jes Iversen developed a 2 weeks introduction to Danish shipping for a group of students from Singapore Management University.

Henrik Sornn-Friese; Martin Jes Iversen: The Establishment of the Danish International Ship Register (DIS) and its Connections to the Maritime Cluster. In: International Journal of Maritime History, Vol. 26, No. 1, 2014, p. 82-103

Exchange: Covid-19 has painted the world burning red - but there is light ahead

Coronavirus has serious consequences for exchange trips: "Hopefully, we'll be back to normal in two or three years"

Coronavirus to affect teaching and exams in the autumn semester

Next semester's exchange trips hang by a thread

CBS reschedules 40 students' studies in China due to coronavirus concerns

The Dean of Education: We can experiment more with experiential teaching

Verdensmester i dag - død i morgen

A. P. Møller-Mærsk under pres