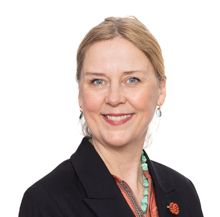 Presentation
Leadership and ethics
The key word for my research is ethics, dilemmas, and clashes of values. The perspective on this research interest has been 1) sociology, primarily Niklas Luhmann; 2) public sector, primarily New Public Management and New Public Governance, and 3) organizational theory, primarily leadership-theory
My international publications show my interest for ethics and values in leadership.  I have studied about ethics and seduction, due to my interest in leadership: “Seduction”, 2015, chapter in  Kierkegaard Research: Sources, Reception and Resources, section 3 Resources, Volume 15, Tome VI, ed. By Steven Emmanuel, William McDonald, Jon Stewart, Ashgate Publishing. See also: "Don Giovanni as the re-entry of the spirit in the flesh". Kierkegaard Yearbook, 2008
I have done research on clashes of values in school leadership, between professional and political expectations to leadership; these are not the same:  "To be or not to be a head teacher: The need of hybrids as deparadoxicification machines", in "Hybrid Forms of Governance. Self-suspension of Power", eds. professor Niels Åkerstrøm Andersen, CBS, and professor Inger-Johanne Sand, Oslo University. Palgrave, London. 2012
Further, I have written about clashes of values in leadership in the national Danish Lutheran church, where volunteers and professional leaders do not always share values on what organization and leadership is about: "Disorganization as religion: organization in the Danish Evangelical Lutheran National Church". Cybernetics & Human Knowing, Volume 16, No.1-2, 2009
My paper on the Danish cartoon Crisis analysed clashes of values in the difference between political ideals and religious feelings:  "Here I stand: Lutheran stubbornnes in the Danish Prime Minister's office during The Danish Cartoon Crisis" (2009). European Journal of Social Theory 12(2)
Different values between religion and society was also the point in these two articles, where the focus was the difference in understanding of freedom: “Niklas Luhmann's ambiguity towards religion”. Soziale Systeme, 11(2). 327-345, 2006  og "Necessity and contingency in Luther and Luhmann", i Luther between Present and Past. Studies in Luther and Lutheranism. Schriften der Luther-Agricola-Gesellschaft 56; Ulrik Nissen, Bo Holm & Olli-Pekka Vainio (eds.). Luther-Agricola-Society, Helsinki 2004
My first international paper was about reframing problems, in order to find new solutions: "Short-term Counseling and the Use of Reframing",  Journal of Pastoral Psychology Vol. 46, no.2, 1997, s.119-130
Gold Medal
Camilla Sløk received in 1996 Copenhagen University’s gold medal.
Copenhagen University’s Gold Medal is an award that is given to a student at Copenhagen University for an excellent thesis. The excellency is based on the quality of the thesis. The thesis is to answer research questions that are formulated by professors at Copenhagen University. Camilla Sløk received the prize Gold Medal for her thesis ”Kaskader af differens: Niklas Luhmanns religionsfilosofi” (Cascading of differences: Niklas Luhmann’s philopsophy of religion). The thesis show how the sociologist Niklas Luhmann draw on theological traditions in his sociological perspective on society. Luhmann perceives the dialectics between contingency and necessity as essential for the dynamics of social systems. This distinction is inspired by theology. Luhmann points out the particularity of religion as being a system which claims necessity is an intrinsic dimension of religious communication. This stands in stark contrast to contemporary society which claims that everything is contingent.
DSEB’s excellent research dissemination award
Camilla Sløk received in 2018 DSEB’s Award for excellent research dissemination. Camilla Sløk has currently done research in public leadership. The Award was granted for her research in responsibility and guilt in leadership, particularly her book : ”Blod, sved og tårer: Om ansvar og skyld i ledelse” (DJØF Forlag, 2014) presents the findings on leaders’ understanding of guilt and responsibility. Camilla Sløk shows how stakeholders expect leaders to admit guilt, when things go wrong in their organization, while leaders in contrast do not accept that guilt is part of their leadership. Research shows that leaders see faults; error; deceit; corruption, etc. in their organization as not their responsibility.
Primary research areas
Social media

Article on Gift economy in Berlingske

Link to this homepage
www.cbs.dk/en/staff/cslioa
Courses

At lede eller ikke at lede

When stress and guilt take over exams