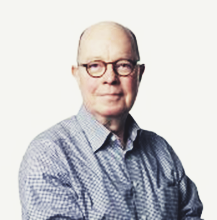 Presentation
My main research interest is political aspects of globalization, especially business and global economic governance.
Trained as a political scientist, my main interest for many years has been international political economy. I am interested both in macro-theories of the international system in a historical perspective, and in empirical analyses of selected aspects of the global political economy.
In the second category I have inter alia published analyses of transnational power relations after the financial crisis, the G20 and infrastructure, US foreign policy, the OECD’s role in global governance, civil society engagement with the OECD, and the corporate social responsibility (CSR) movement. Theoretically I am particularly interested in historical perspectives on world order, and in the engagement between liberal and critical theories in International Political Economy, especially historical materialism.
I also take an interest in the philosophy of science, particularly the relatively neglected contributions from Adam Smith and Niels Bohr.
I was the founder of the Bachelor and Master of Science Programs in International Business and Politics at CBS and was their academic director 2005 -2012.
Primary research areas
Administrative tasks

2021
No outside activities to report

2020
No outside activities to report

2019
No outside activities to report

2018
No outside activities to report