Skip to main content
Department of Management, Society and Communication 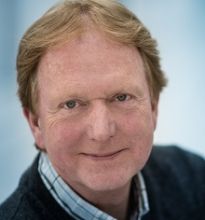 The analysis of English data from production tests, reception tests and association tests involving 275 participants from Russia, China, Japan, Denmark and UK (the so-called The GEBCom Project, see below) enabled me to develop a new communication process model called the Communicative Wheel as well as three varieties of the so-called Pragmatic Wheel to account for the use of imperative, declarative and interrogative sentence forms as directives. Moreover, together with Stine Bentsen I have made a new three-sided model for the word, which combines semiotic, linguistic and psychological perspectives.

By employing this model, the CogSens Model, it has been demonstrated that the American-English linguaculture is idea-based, whereas the Mandarin-Chinese linguaculture is image-based. At present, I try to find out how people having different supertypes as their mother tongue resolve conflicts by using apologetic expressions, how the concept of face can be understood as first person, second person and third person, and how the three communicative supertypes relate to different pedagogical styles.

I am very fond of teaching and love to engage with students. I consider it a privilege to have the opportunity to introduce students to a field by using new concepts and ideas that will make their brain and their world broader and more nuanced. This is one of the reasons why philosophy of science is my favorite subject of teaching.

The GEBCom Project (2013-2018) was supported by The Carlsberg Foundation, cf. mention on the foundation website.

Durst-Andersen, Per. 2012. What languages tell us about the structure of the human mind.  Journal of Cognitive Computation 4(1), 82-97.

Currently no outside activity.