RESEARCH TITLE: Fair Speak. A book of the same name will be published in 2015. A large amount of research has been published during the project from 2008-2015. For a complete list see: fairspeak.org/publikationer.html

METHOD: Experimental methods such as eye tracking combined with sensory tests, combined with interpretation of new food names and simulated shopping situations (ShopTrip). The project maps the patterns and pitfalls in the interaction between manufacturers and marketing agencies in the process from product idea to packaging design. The studies were based on, for example diary studies, authentic cases and discourse analysis of interviews

"Our participation in the project definitely sharpened our awareness of product communication. It’s been incredibly rewarding to work with researchers who work more thoroughly than we ever could. Based on research we’ve been able to come up with various rules of thumb that we employ daily."

The art of misleading consumers

Contrary to widespread belief and various legislation, determining whether or not consumers have been mislead when purchasing items at the supermarket is often guesswork. Applying a multidisciplinary approach the researchers behind FairSpeak with associate professor Viktor Smith in the lead have taken the initial steps toward a precise method of measuring the difference between misleading and guiding consumers that encompasses all kinds of sensory perception on product packaging. A manual is on its way to companies that wish to provide guidance as opposed to deceiving consumers. 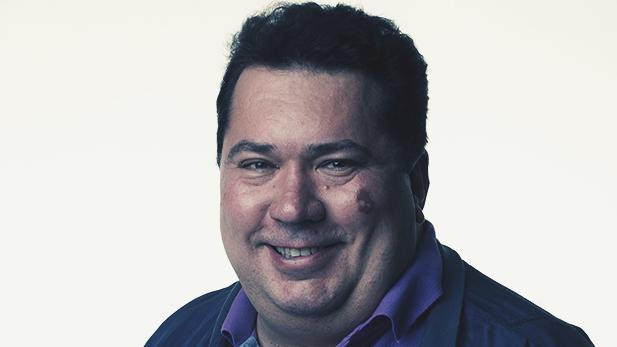 How did you get the idea for the project?

I got the idea while at a pizzeria on Main Street in the town of Glostrup in 1997. The tabloid BT was on the table and the cover story was about new rules from the Danish Ministry of Food, Agriculture and Fisheries for evaluating what could be called food and what couldn’t from a marketing perspective. For example, something couldn’t be called a butter cake if it didn’t have butter in it, but a Danish pastry didn’t have to be from Denmark.

The ministry was going to come down harder on offenders and it became clear to me that there was something to it, but that the expert quoted in the article was in deep water. I thought that with my background in language theory and consumer communication that fellow could use some help. It’s about how new words that are put together are understood by people who are busy and thinking about a million other things. It’s a communication issue, not a legal one when it comes to misleading or offering guidance. I called the ministry and asked if they needed expert assistance and they replied that indeed they did. A research project did not come out of it at the time for a variety of reasons.

In 2005 I came across a post online requesting applications for funding on cross-disciplinary research in food that also included the communications aspect. Research on the semantics of noun compounds and predictability [putting two words together to create a new meaning where it is possible to guess the meaning of the new word, ed.] has always interested me. It’s a huge field within language research that no one has ever really found a sensible way to apply. I talked to my colleagues about the project and we applied for 1.5m kroner for research on product descriptions about whether naming and claims concerning foods are suitable or not for consumers.

It was rejected. I called and asked why. The man on the other end of the line said he was glad that I’d called. It was a damn good project but we didn’t take ourselves seriously enough. He explained that the project had all the right elements, but two people weren’t sufficient to cover it. We had missed the fact that the call had encouraged people to apply for at least 10m kroner. We went back to the drawing board and broadened the research on product descriptions to include the entire semiotic cocktail: colours, cardboard, media, words, smell and taste. We included researchers with expertise in eye tracking, sensory impressions, taste samples and food sociology and came up with a team of researchers from CBS, the Technical University of Denmark and the University of Copenhagen, but also partner companies such as Arla, Toms and Schulstad. We also came up with the name FairSpeak.

It’s always been relevant whether calling a slimy lunch meat lunch meat is misleading, but at that time it was particularly topical with a health focus on the obesity epidemic and lifestyle illnesses. It was important to help people become healthier and for sellers to communicate more clearly about food. The boundary between food and medicine was becoming more and more fluid. The wave of health promoting properties on food packaging contained increasingly more imaginative marketing. There were numerous cases in the media involving discussions about food that clearly showed that the experts were on wobbly ground; no one knew exactly what it meant to mislead consumers. At the time the aim was to regulate this area and there was new legislation, primarily from the EU, but in practice it was assessed differently. Back then you were allowed to say in some EU countries that a product prevented cancer, but that was not permitted in Denmark. The EU has since ruled that food manufacturers are allowed to say that a food can heal cancer if that is truly the case. That EU directive is only really being implemented now, but the process began at about the same time as FairSpeak. There was a need for more knowledge for politicians, the general public and businesses. Behaving properly was gradually emerging as a competitive factor and manufacturers needed to decide where they wanted to be on the scale.

The scientific conclusion is that communication about food is a multifactorial issue, where it’s not possible to say that a single word, a single product description or a single picture is misleading. It’s the interaction between all of the factors that are decisive in the purchasing situation. We’ve always known that but now we have documentation. We’ve known that in conflicts between consumers and manufacturers that determining whether or not the “package” a specific product has misleads or guides consumers is possible. 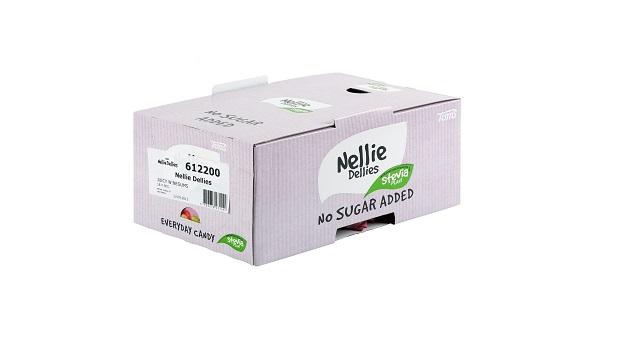 How is this conclusion relevant for society?

The conclusion is relevant for society because misleading and guiding are concepts that can be measured and weighed. Perhaps there are people out there who have always thought this was possible, but that’s not the case. The legislation indeed mentions deception. The definition is that you are not allowed to say something that is not true, give a wrong impression or lead consumers to make purchases that do not correspond to their expectations, and this is even on behalf of the “average consumer”. The legislation is not as clear as it appears. Ultimately officials make decisions based on estimates that differ from Copenhagen to Esbjerg to Brussels. We need a “machine” that can measure whether or not something is misleading. Type in liver paté and you get a green, yellow or red light. We’ve shown that it’s possible to weigh and measure – at least with some goods – in this way. This is the case not just from a marketing point of view such as ‘liking’ and ‘presence of choice’, but now also from a fairness point of view where the consumer can make conscious, healthy, informed decisions.

We’re only just beginning to feel the impact on society. During the research project we had a qualified debate on misleading and guidance in food packaging by appearing in the media and by meeting with manufacturers. I can see that there’s a pattern heading in the right direction. There are some foods where "30% less fat" has been replaced with the actual percentage of fat based on the view that this is easier to understand. Specific companies that we’ve worked with have created a line of healthier candy and have a rather good explanation as to why the candy is healthier. Our book, FairSpeak, will soon be published and collects all research. We highly expect it to make a difference with its 84 fairness principles for food manufacturers.

Aren’t you afraid that you’ll get hooked up to an even more advanced marketing vehicle?

We think about that all the time and do assessments from time to time. Everyone in the business is there to make money, but if manufacturers do something for consumers that is fairer than before, then we think that’s positive. We provide companies with the tools but how much they use them is up to them. It’s not our job to act as the guarantor of the FairSpeak label.

We’ve made progress in changing the attitude that the fairer you are the less you sell. This philosophy is perhaps correct for some companies or products, but the exact opposite is true for many others, who focus on social responsibility and ethics but also the expectations the media and consumers have about certain products. It’s about more than just whether something is legal or illegal. It’s about finding a business model that’s commercially successful and fair to consumers.