"We’re in need of even more intensive cooperation if we’re to take advantage of the necessary innovation. This puts heavy demands on us and our partners. On the other hand we’ve seen exciting results from more rigorous examples of cooperation. We’ve jointly analysed good and bad examples of cooperation in relation to, for instance procedures and personalities, thus representing a new and highly productive collaboration between university research in the social sciences and our R&D. The results have been extremely useful for me as a manger and were implemented as an integral part of our new R&D strategy."

Shortcut to improved collaboration between universities and pharmaceutical companies

Scientists and politicians agree that cultural differences between universities and pharmaceutical companies are the biggest impediment to greater collaboration. Several years of study at Lundbeck by Jane Bjørn Vedel, PhD, proved that this assumption is incorrect and that there is a need for a new type of collaboration framework. 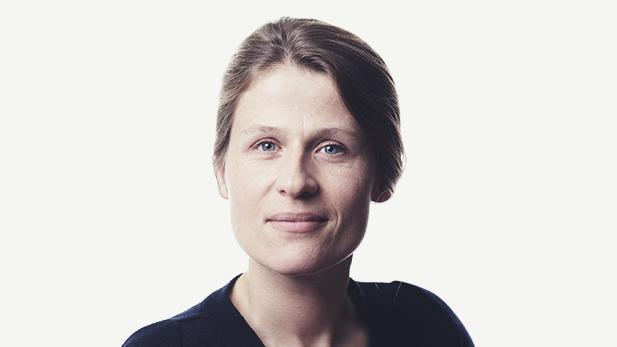 Can you remember when and where you were when you initially came up with the idea for the research project?

"In 2008 I was the head of strategy at the Danish National Advanced Technology Foundation, a public foundation that provided funding for collaboration between universities and companies. I was responsible for determining how best to support relationships between universities and businesses, in addition to identifying the challenges that are part of their interaction. People had some very narrow ideas about how companies used public research, for example, “They are only interested if it affects their bottom line directly” or “They don’t understand research”. I wanted to study this so I came up with a list of companies that collaborated with universities, which included Lundbeck.

I met with Peter Høngaard Andersen, who was the head of research at Lundbeck. At that time he was working on a strategy to ensure that Lundbeck got more out of its collaboration with universities. The meeting turned out to be very surprising because he had exactly the same questions I had. We decided on the spot that we should work together. When I left the meeting I just couldn’t believe how lucky the timing was."

"When I met with Peter Høngaard Andersen many companies were beginning to think systematically about collaboration with universities. Of course partnerships had existed before, but a current trend indicated a change in the relationship between universities and businesses. In Denmark it was partially influenced by establishment of the Danish National Advanced Technology Foundation [in 2005, ed.], so there was also a desire in research policy to improve collaboration. Numerous global companies were also beginning to take an interest in how collaboration could be done differently. There was a need to get away from a relationship where companies asked questions and universities answered them. This approach was called cash and carry; companies paid money and then they received a reply some time later. When a subject becomes highly topical then certain ideas about it develop, but these notions are not underpinned by research. So my mission was to understand the challenges businesses saw in collaborating with universities." 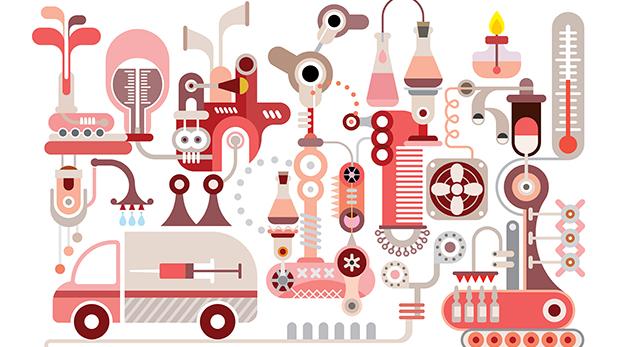 "My research showed that when looking at research from Lundbeck’s perspective, the cultural differences between Lundbeck and the scientific world is not as great as people believe. Many Lundbeck employees are scientists who participate in conferences and read scientific publications. This observation led to the question, “If the cultural differences are not the main challenge, then what is?” It turns out that from Lundbeck’s point of view it was more important that the right environment for cooperation was present. My research showed that adaptive frameworks are a good structure for collaboration between universities and businesses. The idea is to provide a framework that gives the project structure. What issues will it deal with? Who will participate? Who will manage it? Within that framework it is then possible to adjust the collaboration continuously. Knowing the direction research will take is difficult to judge in advance, which is why it’s smart to adjust collaboration along the way. This approach makes greater demands on management than cash and carry, which can nearly be managed using a checklist. Adaptive framework collaborations are much more difficult because the objectives are not as precisely defined as in a cash and carry project. Instead, you have to constantly make the best possible decisions and that requires a deeper understanding of the project. My point is that the benefits are greater if you get things to succeed. The danger of the cash and carry approach is that the question gets answered, but two years later the question turns out to be the wrong one when the project is over."

Who does this research affect?

"The research affects three groups. Researchers dealing with research policy and the relationship between universities and business. My suggestion for a more open form of cooperation is new and the research contributes to the field of science by showing that the conception of the relationship between companies and universities was wrong. The research also relates largely to businesses. At Lundbeck I was highly involved in the daily work for several years. In that way Lundbeck gained a tremendous amount from this research project because I regularly provided input for the strategy process. My research can also simultaneously be transferred to other companies. It also has implications for the field of research policy in practice. Since finishing my PhD, I have been an adviser to Innovation Fund Denmark. So the knowledge I acquired during my PhD is being used to advise the research administrative system."

How are these findings from the project relevant for society?

"As a society we spend an incredible amount of tax money on investing in research and innovation. If that investment builds on assumptions that are slightly wrong, it has significance for the social relevance of the investments. Large companies also contribute heavily to the Danish economy in terms of jobs and growth. Receiving scientific input for their strategies also means they can do better research, have stronger collaboration and in the end create a better product." 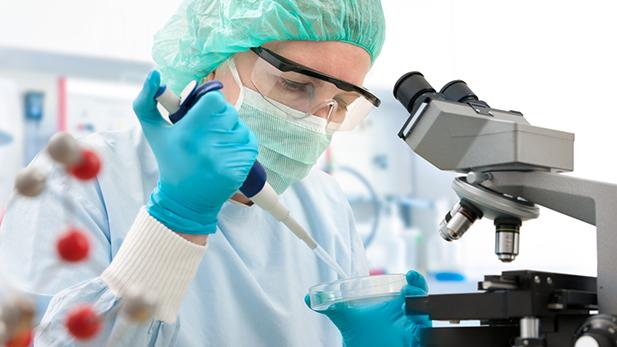 "While I was doing my PhD I was constantly involved in research management at Lundbeck. I gave presentations for various boards and there was a good deal of interest regarding my input. When I finished my PhD, I wanted to do a postdoc project that would look at the implementation of these strategies in Lundbeck. But the management didn’t think there was a need for that. The head of research told me that they no longer had trouble collaborating with universities. The code was broken, and you could say that making yourself obsolete is the best proof that you’ve had an effect."

Has the research made a difference for companies, organisations and society in other ways?

"While I was at Lundbeck, the think tank DEA wrote a report on companies’ use of public schemes for research and innovation. DEA examined company attitudes toward programmes that were available to aid in applying for funding. I participated and presented my model. The report created debate and was presented at a conference, so in that way my research was disseminated among practitioners. I’ve also held lectures at Danish Technical University and The Young Academy (Det Unge Akademi), and my case is used in the Master of Public Governance programme at CBS. I’ve also met with the Confederation of Danish Industry because many companies have the same thoughts about collaboration."

What perspectives does the research have – what new issues relevant to society has it raised that have been taken up or ought to be taken up by you and other researchers since the first takeaways?

"Since then I’ve been awarded a postdoc from the Carlsberg Foundation that will be used to examine the value of publically funded research for businesses. This involves further development of my PhD, but I’ll be taking a broader look that doesn’t just cover collaboration but also how businesses can use public research in general. I’ll be doing studies at, for instance Novo Nordisk, Carlsberg, Grundfos and Terma, so there will be a wide spectrum of companies. What happens if we look at the use of public research from a broader understanding? I imagine that the postdoc will reveal a wide range of ways that companies use public research and will result in a white paper that companies can use as well as academic publications."