PROJECT TYPE: Cooperation between research and practice to begin analysing big data within HR. The research programme’s output is a change of mind-set in Danish HR and a practical approach to how HR departments can strengthen their analytical methods

"HR represents an area where we’ve been hesitant to measure our own data. It’s almost as if numbers and evaluations are something HR is unwilling to use concerning its own efforts. Perhaps people are afraid they’ll be unable to document the effects of their work.

Dana Minbaeva’s approach is that the necessary data and knowledge are required to run a company. Why guess what should happen when you can be sure about should to happen?

She’s a strong proponent of this approach and more and more companies are beginning to recognise the need to do this. There is, however, a ways to go from the current situation to asking the right questions and obtaining the right information. How do you determine what’s important to know? This is something researchers can help interested practitioners with."

Human capital data can be a goldmine for Danish companies 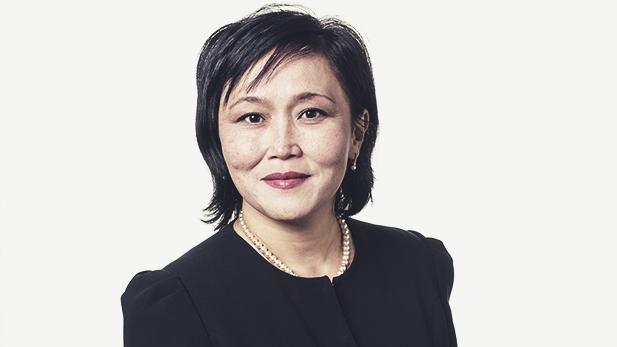 Do you remember when you first got the idea for this research project?

I got the idea for the project in September 2013 in the light of two crucial experiences. Firstly, I had discussions with HR managers about how HR can better support performance in business. It was clear to me that no one knew precisely how best to approach this. Over the past 20 years, many research articles have been published on how Human Resource Management can contribute to an organization's performance and to the bottom line. But companies never use this advanced research. The problem is that the research is not communicated in layman’s terms, or in a language that is useable in practice.

Secondly, I had a feeling that there were some untapped opportunities in Danish HR departments. Danish employees have enormous potential, with high motivation and strong social capital – globally it is a fantastically competent workforce. Any CEO will tell you that performance is at the top of the agenda. However, in some areas, Danish HR departments are still just beating around the bush instead of getting started using data analysis systematically. I had a clear feeling that Danish companies' human capital could improve performance through companies taking the leap from conjecture to knowledge.

The recent financial crisis did something good for HR. Today, everyone has to look at the bottom line, and this also applies to HR departments.

They have been forced to start working with data analysis. Now, if you talk with managers with HR responsibility in large companies, they increasingly see their job as a business function instead of a human resource function. This shift is happening all over the world and not just in large Danish companies. This general change in the environment after the financial crisis has opened doors for the research project.

Another reason that is worth mentioning is that companies have discovered how much HR data they have amassed over the years. They are also discovering that they have never further examined this mass of data. There has simply not been the time or the skills available. As researchers, we have the ability to customise data models and provide advanced HR analysis that companies usually do not have access to or the possibility to understand.

But, as everyone knows, it takes two to tango. I meet HR managers who say that they have tried before to cooperate with researchers, but never got anything useful in return. The question is what is different about this research project? My answer is that this is a joint project. We develop relevant models for data analysis together with a company. Then we hand over the tools to the company, who can then use them on their own. This results in responsiveness. Close cooperation with large companies in this jungle of data creates trust and new relationships, which opens doors. 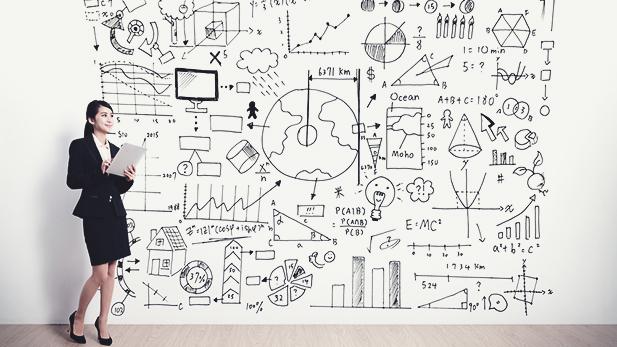 Since the research is still on-going there are no conclusions yet, but there are a couple of ‘takeaways’.

The vast majority of Danish companies are not utilizing the possibilities of predictive analysis in HR. There are three reasons: Firstly, companies are not disciplined enough in their collection, organisation and structuring of their own data. Secondly, in-house analytical competencies are under-prioritised. And thirdly, people working with human resources in companies often lack the strategic opportunities to act on new insight into the data.

It is also abundantly clear from the research that tools more advanced than an Excel sheet are needed to strike gold in companies’ HR data.

How are the conclusions socially relevant?

The project has been successful in making HR people hungry for action. We have received many requests on social media for help, which for me is a clear indication of the social relevance.

At the beginning of the project, a professor at CBS said that the approach to co-create knowledge with business had been tried many, many times before – and had never really worked. Our case proves different: we create a lot of value-added both for us as researchers and for our corporate partners. We have also been lucky with the timing. There has simply been a change in the environment surrounding HR departments in recent years. To put it bluntly, we have been riding the wave and have had successful experiences with the few companies we have worked with so far.

We have several good examples. One of them is a diversity methodology, which a particular company is now using on a daily basis. The company wanted diversity and monitored it by relying on team averages. For example, it was assumed that a team with six staff consisted of two women and four men was diverse. The problem was that the men were engineers and the women were secretaries. It is debatable whether this is true diversity. In collaboration with the company, we developed a methodology that could be used to analyse data and suggested the optimal formula for calculating the team diversity, based on the company's goal of diversity AND performance.

In both cases, all the ingredients – that is all the data – were already there in the companies. We helped to put it all together in the right way, according to the company's needs.

What new perspectives does the research have – what socially relevant issues has it raised that have been addressed since the first ‘takeaways’, or should be addressed by you or other researchers?