METHOD: Applied statistics, also examined all trades on the Danish mortgage market and government bonds from 2007-2011.

“CBS offers an expertise and workforce that is currently unavailable in central banks or among financial supervisory authorities. I’ve also worked in the Danish mortgage industry, where I garnered expertise, which means I was the Danish mortgage expert, but I didn’t have access to the strong empirical  and statistical foundation that Jens did.”

EU legislation to ensure that banks have enough padding to withstand financial crises did not recognise the high liquidity of unique Danish mortgage bonds. Asked to examine the case Associate Professor Jens Dick-Nielsen’s research showed that mortgage bonds can easily be used as financial buffers for banks. Now implemented in EU legislation, the results of his research have counteracted tremors in the Danish housing market. 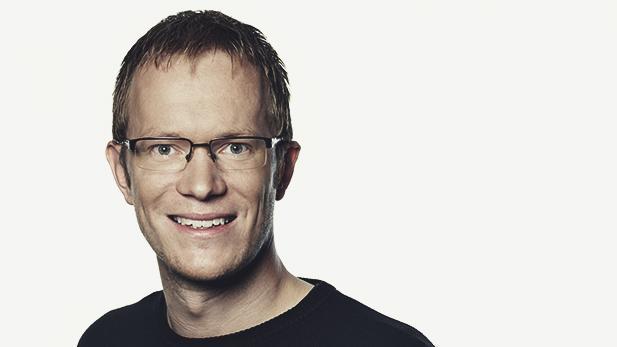 How did you initially get the idea for the research project?

In 2011 the Danish National Bank had problems with the Danish mortgages that finance the housing market. New EU legislation did not appear to recognise mortgage bonds as highly liquid with potentially major consequences for homeowners and banks. I was asked by the Bank for International Settlements [an international financial institution that serves the central banks of 60 member countries with, for example data collection and analyses, but also drafts for finance bills, ed.] if I was interested in exploring the area.

Banks should have extra capital, financial buffers, to make them less vulnerable during crises. Everyone thinks that having banks that are more robust is a good idea. Mortgages were not included in the initial proposal for possible buffers for banks, which would be quite harmful for the Danish mortgage model. The executive board and the director of the Danish FSA wrote an open letter to the Basel Committee [an international association of central banks from the strongest economies, ed.] about the reason for excluding mortgages. It turned out, however, that no data really existed to either support or refute this. I had previously carried out similar analyses for other markets, namely US corporate bonds, which is why I was asked if I could help. The whole point was to examine whether mortgage bonds are safe and very easy to sell, i.e. highly liquid. Everyone in the market knows full well that this is the case; it is common knowledge but there is no documentation. As a result I participated in a meeting with the Danish National Bank and the Bank for International Settlements and began collecting empirical evidence. The actual project was funded by a grant from the Danish Council for Independent Research | Social Sciences), So you could say that my research was largely independent, except that as a Dane I of course have an interest in Denmark doing well.

Why not just use government debt as collateral?

It is important that mortgage bonds are recognised as being highly liquid. If we look at the alternative of government bonds alone, then you would have to maintain all government bonds as a capital reserve, which would practically shut down the market. Moreover no one would be interested in keeping mortgage bonds because it would be too expensive to keep something that is not designated as highly liquid. This would cause the price of mortgage bonds to fall and interest rates to rise, making the housing market more expensive.

The research shows that Danish mortgages and government bonds are in principle just as safe and as they are liquid. In other words they are just as easy to trade. During the crisis it was even such that mortgage bonds were perhaps even easier to trade than government bonds. That’s why it seemed contradictory that government securities were allowed to be part of the new capital buffer when mortgage bonds were not. The results were robust, making it difficult for the Basel Committee and the EU Commission to reject Danish mortgages.

Ultimately it affects every Dane. We are all in some way affected by expensive housing finance. More directly it affects all financial institutions and mortgage-credit issuers. Well, the entire banking sector is also affected.

How are the findings from the project relevant for society?

The findings should help the housing market to continue to operate with affordable mortgage rates and at the same time create a more stable banking sector.

What have the consequences of the research been?

In the original bill, only government bonds were considered highly liquid, but the final EU directive also stated that certain mortgage bonds are highly liquid, which means in practice that most of the Danish mortgage market is now recognised as being highly liquid.

There is still an unresolved issue in the Danish system. We show that mortgage bonds are safe, that there were no significant losses for investors over the last 200 years and that they are just at liquid as government bonds, but the market is in a way somewhat closed. In Denmark, Danske Bank, for example has the most mortgage bonds issued by Realkredit Danmark, while Nykredit Bank has the most issued by Nykredit Realkredit etc., which means there is a systemic risk. This was not part of my research, but it is an aspect that will be affected by the new legislation.

Another interesting matter is, from a larger perspective, how to design mortgage systems elsewhere in the world. During the crisis most mortgage markets in the world broke down; people simply stopped trading, while the mortgage model has always functioned incredibly well in Denmark. Currently I’m studying what determines liquidity. I’ve documented that mortgages are liquid, but now I’m examining when they are easy to trade and why.

This will make it possible to predict in the future when a problem might arise with trading mortgage bonds. In other words how high liquidity is determined and how can we predict when it’s time to introduce bank packages or potential steps to avoid it entirely in the future.