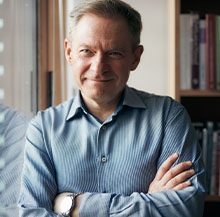 Associate Professor at the Department of Organization, CBS

Conducts research on management based on a variety of methods, but focusing on management in everyday organisational practice and the role of management processes in innovation, change and development. Together with Morten Knudsen, he won the HR Research Award in March, 2022, at the HR conference, Cranet, for their research project, Management Development with Conflicting Effects.

Read more about Magnus Larsson and his research here. 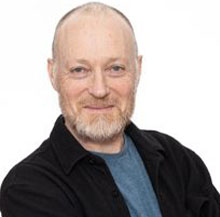 Associate Professor, Ph.D. at the Department of Organization, CBS

Read more about Morten Knudsen and his research here.

Award-winning research project: Management courses do not work as intended

Public and private companies spend millions of Danish kroner on management development programmes. In general, leaders appreciate the courses, but research shows that they do not appear to generate better leaders. In fact, quite the opposite. 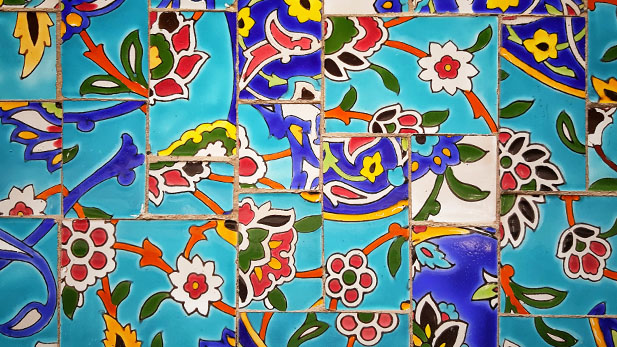 Management development programmes often produce simplified pictures of an organisation and are therefore badly suited to provide an understanding of the organisation’s level of complexity. This may eventually lead to course participants finding it harder to manage their employees.
(Illustration: Shutterstock)

The volume of management development courses has exploded in the last 25 years, says Associate Professor Magnus Larsson from the Department of Organization at Copenhagen Business School. He calls it “big business”, and that is exactly why you need to know if the programmes have the desired effect or not.

“There is a strong narrative about how management development creates better leaders, but can we believe that?” Magnus Larsson asks.

In fact, a study carried out by Larsson and his colleague, Morten Knudsen, shows that we cannot always trust this general assumption. Because their study shows that in practice, management development is far more complex than the dominant picture reveals. Among other things, this means that even though participants, on completion of a course, feel happy and more assertive in their role as leader, some of them subsequently find it harder to actually manage their staff.

This is a giant paradox; enrolling a leader in a development course to improve her leadership skills, while in fact she as a result finds it harder to actually manage her staff

As leadership matters to all of us, presenting new perspectives on this field and killing off some of the myths that seem to flourish in Danish organisations and companies is crucial.

This was also the primary reason why CBS researchers Magnus Larsson and Morten Knudsen decided to examine the effects of management development courses in the public sector. A research project that won them an HR Research Award back in March 2022.

Harder to identify with the organisation

But why do management courses fail to provide the expected results; e.g. that leaders become better at implementing changes and new strategies? According to the two researchers, the answer is twofold: oversimplified understandings of organisations and declining organisational identification.

“The courses simply produced a picture of the organisation as a one-dimensional hierarchy. This image provides a clearly defined leadership role and thereby security, but it does not provide an understanding of the organisation’s level of complexity,” Magnus Larsson explains.

The results, which have been published in the Teaching Public Administration Journal, show that leaders who participated in the programme identified markedly less with their organisation after completing the programme. This also meant that leaders do not necessarily use their newly gained competences as expected, i.e. in support of the organisation’s overall strategy.

“Identifying with something is highly motivational, and reversely, if a leader does not identify with their organisation, getting them to actively participate in, for instance, the implementation of a new strategy, becomes harder. So, if you send leaders on a course in order to equip them to support the strategy, it may prove futile,” the researcher elaborates.

Declining identification can be contagious

Not only did leaders find it harder to identify with their organisation on completion of the course, the survey also showed that employees began to distance themselves more from their leaders.

According to Magnus Larsson, this may be because employees experience a greater distance to their leaders, both physically and mentally.

“Employees may experience their leader being ‘taken’ from them, and at the same time, the leader will often bring back new ideas which their employees do not necessarily buy into. And then they are left with the feeling that their leader is no longer ‘one of us,’” he explains while stressing that this is one of the greatest paradoxes in the field of management.

Once you are promoted, your employees may actually not be willing follow your lead

A confident leader is not always a good thing

You often hear of stressed mid-level managers who are under pressure from above as well as below. Which could indicate a need for courses that make leaders more confident.

And this is in fact one area where management development seems to work. At least, the two researchers found that leaders who attended the course did indeed become more confident personally as well as in their role as leaders. In this way, the course had worked as intended.

And yet, Magnus Larsson is sceptical about whether this is a good thing.
“It is not always beneficial to be too assertive, because engaging with complexities without a degree of uncertainty can prove very difficult.”

Rather than imagining a heroic leader who strongly believes in their own capabilities, the researcher sees a much greater potential in shared management.

“Tolerating uncertainty and relating to complexities become much easier if you are not alone, so the further we get from the idea of the heroic leader the better,” Magnus Larsson explains.

Acknowledge that it is difficult

According to the study, the best management development course is one where leaders learn how to tackle problems that contain the same level of complexity as the problems they encounter in their everyday work. We have to avoid oversimplified models and presentations of organisations, and instead, we must acknowledge that leading people is difficult.

'“In these courses, we see a clear tendency to confirm each other rather than challenging practices. Because challenging practices is hard and delicate which is why it is not something people do automatically. Which is also why you need a facilitator who can do it for you,” Larsson explains. He also offers another solution which would probably result in poorer evaluations but better leaders:

“Work with real problems rather than invented cases, because then participants will encounter the complexities. Designing a course like that is more demanding, but it can be done. At the same time, you would probably see a decline in the level of satisfaction, because it will be more challenging for the participating leaders, but that should be an acceptable price to pay,” Magnus Larsson concludes.