The Collective Intelligence Unit at CBS studies an area it sees as nationally and globally ripe with potential that the business community is just beginning to take notice and see the potential of. The research unit, which focuses on topics such as collective intelligence and the wisdom of crowds with strong research ties to computer-human interaction, has quickly taken on a central role among top global researchers and policymakers in the field of science and technology. 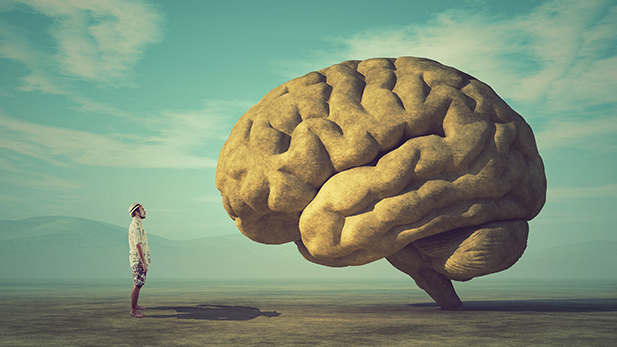 It's been a hectic year for Carina Antonia Hallin, who heads the Collective Intelligence Unit (CIU) at the Department of International Economics, Government and Business at CBS. The unit’s ground-breaking research has simultaneously edged even farther into the spotlight with increasingly more important organisations as audience.

In the beginning of November 2018, Carina Hallin will facilitate a collective intelligence (CI) workshop at the OECD conference ‘Digital Technology for Science and Innovation – Emerging Topics for Policy and Assessment’ at Oslo Metropolitan University (OsloMet), where she will participate in roundtable discussions with leading researchers on using digital technology to draw on collective intelligence for science and technology policy.

- We’ve also been invited to participate in two research projects at community level, one involving gathering the wisdom of crowds from local residents for use in the political decision-making process and one on mapping collective intelligence on various global platforms that are working to solve some of the world’s biggest problems. So things are currently moving at a brisk pace, explains Hallin.

Invitation to collaborate with NESTA in the UK

In September this year Carina Hallin received a prestigious invitation from the National Endowment for Science, Technology and the Arts (NESTA), which is a global innovations charity in the UK established by the British government.

NESTA CEO Dr Geoff Mulgan’s attention was drawn to CIU upon publication of his book: 'Big Mind: How Collective Intelligence Can Change Our World', addressing just that.

- I was invited to present our research in a panel with Dr Geoff Mulgan and Professor Beth Simone Noveck, formerly the chief technology director and head of White House Open Government under the Obama administration, says Carina Hallin, who has subsequently entered into a research collaboration with various researchers affiliated with the newly-opened Centre for Collective Intelligence Design at NESTA in London.

- In general, there’s been a great deal of interest in us. After our crowd predictions conference with the Danish Industry Foundation in June, the entire group attended a CI conference in Zurich in July. And in September I participated in a major AI conference in London – IntelliSys 2018 – where I jointly with my colleague, computer scientist Dr Oded Koren, presented a new type of algorithm for managing unstructured data in a Big Data environment.

It was the unit’s crowd prediction research project that was the topic of the June conference held by CIU and the Danish Industry Foundation. The Confederation of Danish Industry had gone to considerable efforts to promote the conference in advance, which led to a great deal of interest and a full house with the largest Danish companies and many consultancies represented.

Danish Industry Foundation is funding the project, which so far includes LEGO, where the aim is to predict perceived product value, and also a major international Danish concern, where the research focuses on crowd predictions on retaining and attracting labour.

One example of the value that the Confederation of Danish Industry adds to the research project – beyond Danish Industry Foundation’s commitment – is the tremendous effort it has put into promoting CIU’s blogoverse with articles on its own website and via its member newsletter. Here, CIU researchers publish one to two articles in the field every month, and they can be followed directly or through CIU’s LinkedIn group.

Flagship collaboration with the Confederation of Danish Industry

CIU studies CI in international private and public organisations. The aim is to examine how CI and the wisdom of crowds can benefit adaptive decision-making processes for the purpose of increasing the competitive advantage of organisations.

Essentially, CI research involves the study of synergies among web-based information, software platforms for information aggregation, and crowds (of both experts and amateurs) for decision-making.

The unit’s most up-to-date research project, ‘Crowd predictions from the frontline: A proactive decision tool for dynamic strategic management’, deals with predictions based on crowd-based knowledge collected from company employees with direct customer contact, and then using the predictions as a decision making tool. This is done utilising customised prediction software that continuously collects frontline information in multinational Danish companies, thus validating the information and providing an accurate foundation for making proactive decisions.

More about CIU, it research and activities