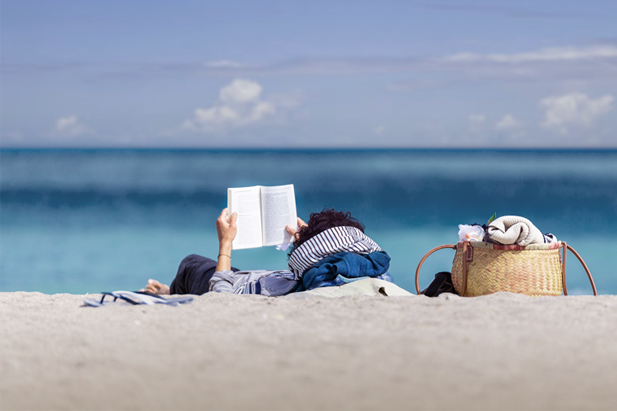 Mikkel Flyverbom is Professor with special responsibilities in communication and digital transformations at CBS. Furthermore, he is the academic director of the BiS platform Digital Transformations and a member of the Danish government’s Data Ethics Council. Flyverbom’s research addresses how digital technologies and data shape communication and management processes in organisations. His new book, The Digital Prism: Transparency and Managed Visibilities in a Datafied World is out now at Cambridge University Press.

Ellen Ullman: ‘By Blood’ (2012)
Curiosity is an incredible force that can take people far. And sometimes too far – way into other peoples’ private spheres and inner lives. Ellen Ullman has previously written about her experiences as one of the few female programmers involved in the rise of the internet in Silicon Valley, but By Blood takes us to a different place. Into a building in San Francisco in the 1970s, where a troubled professor has rented an office next to a psychiatrist’s clinic. He begins to follow one of the patient’s fascinating stories week by week, and quickly loses touch of the boundary between her life and his own. His incontrollable curiosity and advanced research skills quickly get them into deep water.

Paul Wilson: ‘Cantina: Recipes from a Mexican Kitchen’ (2014)
Cookbooks contain so much more than food recipes. I mostly read them outside my kitchen, and largely in the same way as when I read novels, travel guides, and non-fiction. They are full of references that go beyond food and they open up places, traditions, and differences in new ways. Paul Wilson’s Mexican cookbook Cantina will not only make you crave juicy, crispy fish tacos, grilled street corn on the cob, or lime marinated ceviches. It also offers an enthusiastic tour of a wild country whose food culture has spread to all parts of the world. Cookbooks are such a great read and a ticket to foreign places – especially at a moment in time when travelling once again is a rare luxury, and where Instagram no longer overflows with pictures of the same beach in Tulum.

Paula Larrain: ‘Margrethe af Europa’, Danmarks Radio, P1 Podcast series (2020) (podcast in Danish)
Margrethe Vestager has taken on the role as the Iron Lady of the tech field, and she has shown that cyberspace is not an uncontrollable parallel reality where companies can do whatever they want. But how do you get under the skin of Denmark’s most powerful politician? In the podcast Margrethe af Europa, journalist Paula Larrain shows what it takes to create depth and intimacy in interview situations, and one of her tricks is to have Margrethe and herself knit while they talk about power and international politics. The conversations between the two are really good, but Larrain’s own reflections on how to balance a nice interview atmosphere with room for critical questions are even better.

Reisch: This is a special summer: The first summer "A.C." (“after corona”). I hence suggest three pop-science books that are fun to read and bring us some evidence-based hope.

The Editors of Scientific American: ‘Wild ideas in Science’ (2020)
Science history is full of amazing, disruptive, world-changing innovations that initially faced scepticism – and ridicule: Light bulbs, home computers, and cars are just a few examples. I remember my grandmother telling how embarrassed she was as a little girl (must have been in the late 1890s) when her father drove through their home town in Southern Germany – in a loud, stinking, ridiculous something that didn’t even have horses! The editors of the indispensable “Scientific American” have collected some of their best stories in this little eBook. The stories feature the latest out-of-the-box ideas to tackle today’s biggest challenges, including sponge cities designed to combat flooding, technology that mimics photosynthesis in an artificial leaf to produce fuel, and meat grown from stem cells, or the wonderful dream of “sleep learning.” One does not have to be a naïve believer in a “deus ex machina” to be fascinated by these wild ideas, that also give hope that we can meet the crisis and challenges ahead.

Richard W. Wrangham: ‘The Goodness Paradox: The Strange Relationship Between Virtue and Violence in Human Evolution’ (2019)
It was pretty much a coincidence that I ended up as an economist (well, a behavioural economist, which might be a bit closer to life). My dream as a kid (and admittedly, also as a teenager, in my twenties, and probably still today) was to become a primatologist, doing research in the misty Mountains of the Moon, in the footsteps of my childhood heroines Dian Fossey (mountain gorillas) and Jane Goodall (chimpanzees). Today, roaming “random forests” instead of rain forests, I am still fascinated by the work done by evolutionary biologists. Richard Wrangham from Harvard is one of the best. His central question in this highly entertaining book is: Why are humans both highly tolerant, like bonobos, and highly violent, like chimpanzees? How could evolution shape us into the best and worst of species? Unrevealing the layers of what he calls “goodness paradox”, we come to understand that human nature is a Chimera – in Greek mythology, a creature with the body of a goat and the head of a lion. We are both, Rousseau’s peaceful and Hobbes’ violent species. But we have learned to cultivate structures, institutions and social norms that promote the former, and keep the latter at bay. Most of the time.

Cass Sunstein: ‘Conformity: The power of social influences’ (2019)
Already in “B.C.” (“before corona”) times, we lived in an era of tribalism, polarization, and intense social division, separating people along lines of political conviction (Democrats vs. Republicans), religions, race, and sometimes gender.

In the past weeks, we have witnessed new fierce frontlines – some of them in the so-called “social” media, some on the streets. We have experienced fierce fronlines such as people between “lock downers” and “openers”, between anti-vaxxers and pro-vaxxers, and between people believing in science and conspiracy theorists. The fact that opinions differ across a large spectrum is neither new, nor bad – but rather a sign of a healthy democracy championing free speech. However, the polarization, hate, and deep division within formerly halfway peaceful societies has reached new heights. In this booklet, CBS’ own Cass Sunstein argues that the key to making sense of this is the idea of conformity—what it is and how it works—as well as the countervailing force of dissent. Conformity impacts how social media work, can help explain the rise of fake news, deep fakes, the growth of authoritarianism, the success of Donald Trump, the functions of free speech, and much more. In a nutshell: Lacking information of our own and seeking the good opinion of others, we often follow the crowd. While much of the time this is in our own interest, it is in the social interest for individuals to say and do what they think is best. A well-functioning democracy depends on it. Before and after corona.

Jesper Rangvid is a Professor of Finance at CBS. His research focuses on the relation between financial markets and the wider economy. He chaired the committee, which in 2013 investigated the causes and consequences of the financial crisis in Denmark, known as the “Rangvid report” (Rangvid-rapporten). In addition, Rangvid is a member of the board of directors at several companies and organizations.

Ben S. Bernanke, Timothy F. Geithner, and Henry M. Paulson Jr.: ‘Firefighting: The Financial Crisis and its Lessons’ (2019)
The financial crisis is still interesting and something from which we can learn. ‘Firefighting’ is written by three persons who had profound influence on the course of the financial crisis – by the former Chair of the Federal Reserve and former Princeton Professor Ben Bernanke, former President of the New York Fed Timothy F. Geithner, and former Secretary of the Treasury Henry Paulson. All served in their respective roles at the time of the crisis. In the book, the three authors recall the difficult decisions they had to make during the hectic days in the fof 2008, when the world seemed at a breaking point. The three authors are, not surprisingly, satisfied with the decisions they made. The book is perhaps missing a critical approach to the decisions that were made but is still a relevant read because the authors were key decision makers during the financial crisis. Finally, they assess the robustness of the financial system today and that assessment is interesting as we are now in the middle of a new crisis.

Robert J. Shiller: ‘Narrative Economics: How Stories Go Viral and Drive Major Economic Events’ (2019)
Robert Shiller is one of the founding fathers of Behavioral Economics, believing the part of economics that attribute psychology (how we feel, what we perceive, etc.) as important to economic and financial events. In Narrative Economics, Shiller examines and interprets how the stories we tell each other affect the economy and financial markets. If we, for example, talk about the Great Depression, we become nervous, which may lead to reduced spending, and thereby to an economy that suffers. Shiller examines how a series of historic events and our narratives about them influence markets and the economy. The book thereby gives a different understanding of economics.

Jesper Rangvid: ‘Rangvid’s Blog’ (2020)
My last recommendation for summer reads is Rangvid’s Blog. On the blog, I write about current events in the economy and on the financial markets. I aim to write approximately two new blog posts each month. The last couple of months, focus has been on the havoc the Corona crisis has caused on the economy. Send me an email at jr.fi@cbs.dk if you want a notification in your mailbox when I post new blog posts.
Visit Rangvid’s blog