Janine Leschke, Associate Professor at the Department of Business and Politics 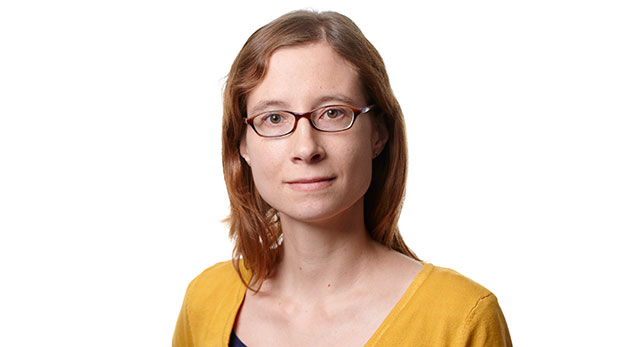 She has moved across Europe’s borders to work. First from Berlin to Brussels and then to CBS in 2012, where Janine Leschke took up her position as the head of the Doctoral School of Organisation and Management Studies on 1 January 2017.

Her research at CBS also concerns the EU cross-border labour mobility. The last three years she has been a part of a project called STYLE, Strategic Transitions for Youth Labour in Europe, which is funded by the EU. Together with 25 research colleagues, she works with questions such as: What significance does it have for people to move to Western Europe for work? Why do they come, and what are their working conditions?

She sought employment at CBS in order to work at a place where research has impact on society. The youth unemployment is high in multiple locations in Europe, and Janine Leschke experiences that the results of her research projects have found an audience – for example European policy actors.

She is thriving in her job at CBS, which also provides her with the opportunity to work strategically as the head of one of CBS’ PhD schools in close collaboration with PhD coordinators from the four affiliated departments. This job includes developing a national and international working environment and new courses for the PhD students in order for the PhD school to best support the 70 students, who write their PhD theses about organisation and management in both private and public companies and voluntary organisations.

Together with economic issues and career opportunities, it is love that determines where you live and work, says Janine Leschke and refers to her labour market research as well as her personal life. She has a Danish boyfriend, a two-year-old son and his 15-year-old half-sister. According to Janine Leschke, Copenhagen is a lovely city with green areas and excellent bicycle paths, which make daily life easy.

Leif Christensen, Assistant Professor at the Department of Accounting and Auditing. 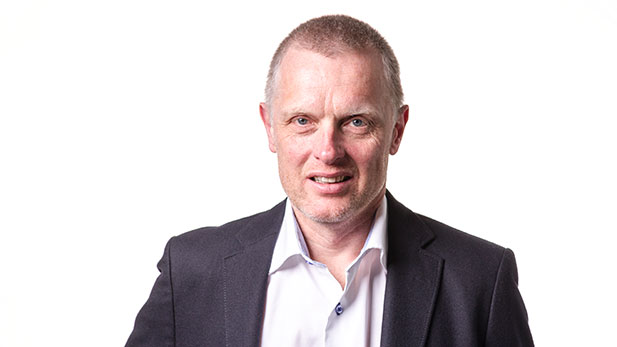 There is one major reason that Leif Christensen wished for an appointment at CBS after 20 years as a state-authorised auditor and consultant: At the university, he has the opportunity to concentrate on and go into details with his area of expertise to a greater extent than during his previous work as a consultant.

After having worked as an external lecturer at CBS for some years, he began his PhD project at the Department of Accounting and Auditing in 2013. He was appointed assistant professor last year and will continue his project about internal control within companies and the general question of “when enough is enough”. Leif Christensen explains that many members of boards of directors are under a growing pressure from more and more detailed regulations that companies must comply with – regulations on how companies should report to for instance the Danish Financial Supervisory Authority. His research includes studying the purpose of reporting, its quality, and time spent on managing these requirements. His research is a resource assessment and a contribution to the debate on whether boards of directors spend too much time on things that take the focus away from the core business. According to Leif Christensen, his research suggests that rather continuing to increase the focus on detailed controls, it would be better to work with the organisational culture within the companies. It is important that the company has employees who do the right thing by intuition instead of spending time searching for an appropriate check list that is primarily focused on formalities.

Leif Christensen likes to spend time cycling at his cycle club in Greve after work. He attends larger races around Europe and rides his bike from his home in Solrød near Copenhagen to CBS on a daily basis. 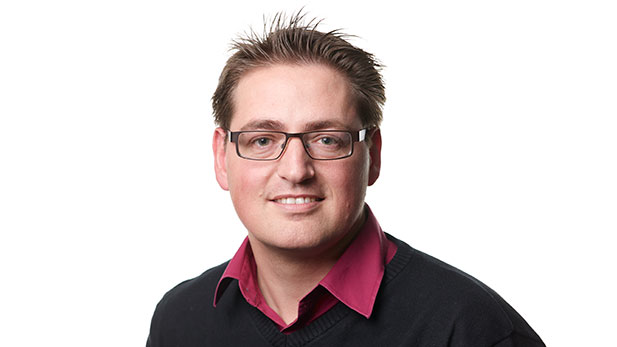 It is no longer relevant to only talk about company law in a Danish context. An international perspective needs to be incorporated. Approximately 80 per cent of the field is in fact controlled by international legislation, primarily from the EU, and this figure will increase.

As a result, Troels Michael Lilja sought appointment at CBS in order to work at a Danish university with an international perspective. In addition, he enjoys working at a place where research, in his own words “is not only published at a place where a few people read it, but rather where research benefits the whole society.”

Troels Michael Lilja started at CBS in 2012, and he took up the position as head of the Doctoral School of Business and Management, a PhD school. In close collaboration with the competent administrative staff of the PhD Support Unit, he will make a special effort for the around 60 PhD students, who are enrolled. This includes creating a supporting, empathetic and safe environment for the students in a time of uncertainty. According to Troels Michael Lilja, studying for your PhD is the most vulnerable time in your research career, because you undergo a three year qualifying period. Even though you might deliver an excellent product, it is no guarantee that you can continue in the academic world.

Troels Michael Lilja’s research is focused on areas where the legislation on company law gives rise to disputes. He has also worked with new types of companies called entrepreneurship companies. He is the author of the first comprehensive presentation of this type of company, and he answers the following questions in his research: What characterises this type of company? And what kind of companies can take advantage of organising themselves as entrepreneurship companies?

DSB (the Danish State Railways) is the connecting link between his research career and family life in Odense. During the train ride, many mails are replied to and research articles, books and dissertations are read. When time allows it, the family enjoys going on vacation to places where closeness and comfort are of high priority and to escape the logistical issues in his everyday life.

The third PhD School at CBS, PhD School in Economics and Management, is led by Professor Dana Minbaeva.

Chee-Wee Tan, Professor with special responsibilities at the Department of IT Management. 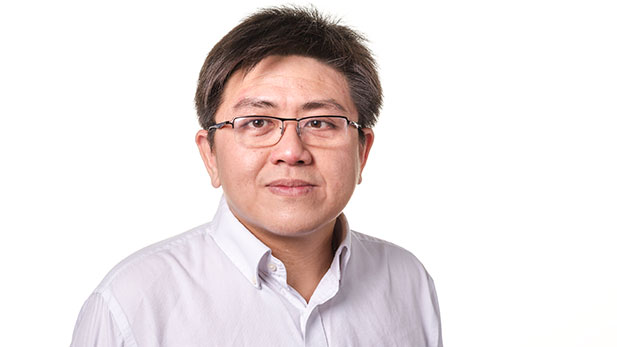 Chee-Wee Tan is of the firm belief that although the pace of technological innovation is accelerating, society will not benefit unless these technological inventions are designed with humans in mind. In short, that technology should not be designed to replace humans, but rather to aid in improving their lives. To that end, his research at CBS revolves around design and innovation issues related to technology, focusing specifically on how technology can be appropriated for the betterment and evolution of human capabilities.

Chee-Wee Tan was appointed Professor with special responsibilities recently where he took the opportunity to say that CBS is one of the most prestigious institutions in Europe and globally. The Department of IT Management, under whose auspices Chee-Wee Tan works, is ranked second in Europe and sixteenth in the world in terms of research in the field of information systems, he explains. Furthermore, Chee-Wee Tan is a staunch believer in making a difference to society through his research, and according to him CBS is second to none with its commitment to “Business in Society”. He has been at CBS since 2013.

Chee-Wee Tan has a talent for bringing researchers together in collaborations, and leveraging the collective strength of such collaborations on projects of social importance. At CBS, he has been instrumental in establishing the joint research center with the Antai College of Economics and Management at Shanghai Jiao Tong University, and he looks forward to collaborating with Chinese colleagues to tackle major economic and societal challenges that confront both Chinese and Danish societies. In this time of global uncertainty, he is truly appreciative of CBS’s embrace of diversity in both research and teaching.

He is an avid traveler and a big fan of vernacular architecture with historical significance. He is also a big gamer, though his work commitments have made it harder to find time for it these days. He enjoys living in Copenhagen, which he considers to be one of the most beautiful and livable cities in the world, as well as the perfect base for a global nomad like him.

Experienced leader is head of a new department

Dorte Salskov-Iversen, Head of the Department of Management, Society and Communication and CBS’ Vice President for International Affairs. 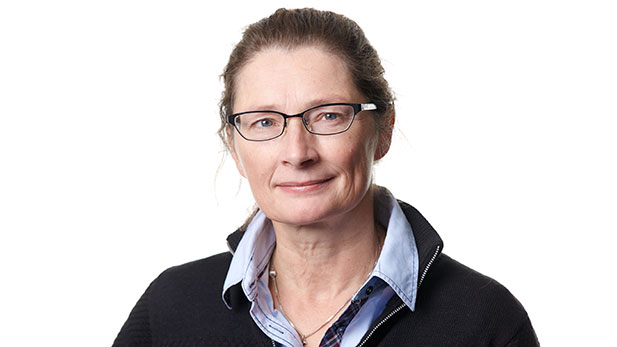 Dorte Salskov-Iversen is the head of the new department’s approximately 90 researchers including PhD students. She explains that the department is interdisciplinary with its research located at the interface between management, communication and the broader social sciences and humanities. There is a special focus on the study of organisations in global environments, sustainability, responsible management and business operations. Already prior to the merger, researchers from both departments collaborated on for example organisational communication. This collaboration is now going to develop just as new opportunities will emerge in the wake of the merger. Dorte Salskov-Iversen does not foresee a revolution in the research areas, but synergies will definitely follow over time.

According to Dorte Salskov-Iversen, it was the obvious thing for her as head of the former Department of Intercultural Communication and Management to apply for the position as head of the new, large department. Dorte Salskov-Iversen has a PhD degree from one of CBS’ first interdisciplinary initiatives – the then Center for International Business Administration and Modern Languages (SPRØK-centret) – based on an MA in International Business Communication in English and French from CBS, where she has been employed since 1988. She was appointed head of department in 2005.

Rather than working professionally with language production, she has used the cultural understanding obtained through her language studies in research on and teaching in public management and governance, globalisation processes, discourse and organisation.
She has also been Vice President for International Affairs since 2007, which means that she has the responsibility to develop, manage and coordinate some of CBS’ key relations with international partner universities and organisations.