How do you balance the need for a finely-tuned, effectively running IT system and the need for constant innovation of your IT systems? In a new book, professor emeritus Niels Bjørn-Andersen has gathered 14 cases from companies coping with this challenge. 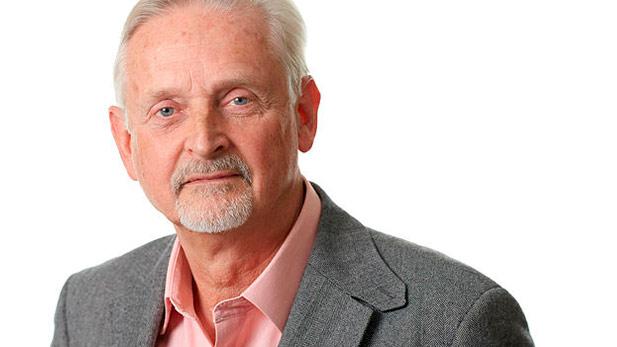 Most of us only notice how dependent we are on our computers when they do not work. But individuals and companies especially cannot work without IT.

Accordingly, it is mandatory for companies to have an effective IT strategy that meets the need for innovation as well as for keeping the lights on. This is documented by professor emeritus Niels Bjørn-Andersen from the Department of Digitalization in his new book containing 14 teaching cases.

- IT and digitalization is the most potent tool for making the business processes effective, and at the same time, it is an extremely versatile way of creating servitization of products and services. Accordingly, one needs modern IT tools (e.g. social media, cell phones, business analytics, and cloud solutions) in order to innovate the different business processes, says Niels Bjørn-Andersen.

He was recently awarded the title of professor emeritus after 53 years at CBS. But while ‘emeritus’ is now in front of the professor title it does not mean that he will rest on his laurels. He shows that clearly by publishing his new book “Cases on IT Leadership: CIO Challenges for Innovation and Keeping the Lights On.” The book contains 14 cases including the most iconic Danish companies such as LEGO, Maersk Line, and Novo Nordisk.

The business grinds to a halt
As part of his teaching, Niels Bjørn-Andersen invited 20 Chief Information Officers (CIO) from Danish companies to give talks or students at CBS. From this pool he has selected 14 very different cases. They represent the breadth of IT challenges that these companies have been facing and to a large extent are still facing – and which have to be solved.

- We have all tried it on a small scale. The moment the computer stops functioning, we cannot continue working. You might be able to do some things offline but the business cannot run. All business processes are based on IT, and therefore you should both make sure it works, as well as continuously innovate it to ensure you do not fall behind, explains Niels Bjørn-Andersen.

Several of the cases in the book show the obvious need for using IT to drive innovation. For example Danske Spil which has taken a new method for development of the service’s games into use.

Danske Spil did not have the capacity to continue the development of its own IT systems when the Danish gaming market was liberalized in 2011. Instead, Danske Spil decided to offer the best games through a white labelling of games from the best and the brightest global game developers.

This means that Danske Spil constantly and carefully scan the global market for the best online games, enter into a contract with the game development company, modify the interface to the Danish customers e.g. through translating the interface, and offers it on their platform to Danish gamers. In this way, Danske Spil has been able to maintain a market share of about 70 pct. of the Danish gaming market in spite of stiff competition from much larger international companies.

Another example of innovation in the IT efforts is from Saxo Bank, which is among the ten largest traders in foreign currencies through their very successful digital trading platform, SaxoTrader.

Saxo Bank has acknowledged that the need for constant innovation is so large that they cannot perform the task themselves. For that reason, they have opened SaxoTrader, which allows independent software houses to offer their software and services as an add-on using a so-called API (application program interface) on the Saxo Bank Platform.

- Some might say that it is impressive that they dare risk opening their system up in that way. But it is crucial to their business that they are willing to do so since there is a lot more innovation outside the company than inside, and it is important to tap into this resource pool in order to maintain the overall competitive edge, says Niels Bjørn-Andersen.

80,000 digital attacks
Niels Bjørn-Andersen has been working with IT and IT management for what can probably be called a lifetime – and by now, not much can surprise him. But one piece of information from one of the cases in the book made him drop his jaw.

The incoming CEO of Novo Nordisk, Lars Fruergaard Jørgensen, was previously directly responsible for, among other things, the IT services. In that capacity, his contribution to the CIO talks at CBS was about cyber security – a topic that of course is highly prioritized in a company with a business model based on patented products.

- There is approximately 80,000 virus, phishing, or similar attempts at Novo Nordisk – per hour! On top of that, it happens five times daily that an employee accidentally does something that compromises security, e.g. accesses insecure web pages or uses a USB stick with a virus on it, tells Niels Bjørn-Andersen.

He notes that companies should not only focus on their own operation when they think of IT strategy. There can be people on the outside with bad intensions.

Education in the future
The book is meant to give students specific cases to work with instead of the classic lectures that Niels Bjørn-Andersen thinks are hopelessly outdated.

- Lectures, where the students are distracted by Snapchat, Facebook, etc., are rendering learning almost impossible. It is simply not possible to multi-process. If you instead have the students read a chapter, watch an introductory video, and ask them questions for cases that can be discussed live with an instructor, the picture changes: it becomes almost impossible not to learn something, says Niels Bjørn-Andersen.

He adds that the book can also be inspiring reading for others than CIOs and students.

- The book gives a unique impression of the IT situation and IT challenges in 14 Danish companies that are known to everyone in Denmark. It gives insight into the meaning of IT and can thus be a source of inspiration for how other companies can handle the daily operation but also for innovation of digitalization.

Cases on It Leadership can be purchased from Academic Books