In Your Own Words – Anders Dons, Nordic CEO of Deloitte and CBS Distinguished Alum 2019

Anders Dons has no less than three full degrees from CBS, which he completed while making career in the auditing and advisory group Deloitte. Today, he is partner and CEO of Deloitte in the Nordics, father of five children, and named CBS Distinguished Alum 2019. The latter in part because of his work within sustainable growth and diversity. 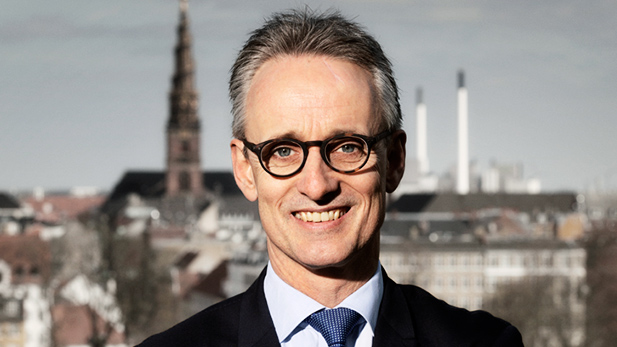 What were you like when you studied at CBS?

For 10 years, I have been studying on/off at CBS and my student life at the university can be separated into three stages:

- MSc in Business Economics and Auditing (1996)

A common characteristic of all three stages has been a focus on study groups and being a part of several communities that gave me friends for life. As with everything else in life, you put effort into motivating and inspiring learning communities, and several of the teachers and professors enabled that.

The first stage at CBS was also the first years of my professional working life in Deloitte, and I focused on finding a balance between work, studying, and still being young and active with sports and travels. I put a lot of effort into my studies before exams, in written assignments, and in participating in classes, and less focus into studying between classes. The Graduate Diploma programme linked theory with practice and everyday life in Deloitte, which was very motivating to me.

The second stage was with a focus on Finance and Credit (HD part 2), while I was working at Astley & Pearce with derivatives. Again, I found a strong link between theory and practice.

In 1993, where Deloitte recruited me again, I was granted a six months’ leave to study full-time for the MSc in Business Economics and Auditing. It was hard work but incredible to study five courses in a short amount of time. I immersed myself in the studies, being a part of CBS, and utilizing the library study hall (we did not really have the same opportunities at CBS as students have today).

How did you get your first job after graduating from CBS?

I have always been employed while studying at CBS.

Which moments of your career have been defining – and why?

Phew – that is a difficult question, as there have been many of those moments.

The most defining was probably in 2013 to be named CEO of Deloitte Denmark and in 2017 being so for Deloitte Nordic. It is a great privilege and a massive vote of confidence from the Deloitte partnership to be elected (and reelected) CEO. The journey of taking the partnership and team – locally and globally – to the next level, while working with great changes that will ensure sustainable growth and a trustworthy foundation, has been inspiring and very instructive. There are so many talented people who every day exude energy and new wisdom.

Being stationed in Singapore from 2000 to 2003 was also a milestone and taught me much about creating relations across cultures – and how wrong you can be in your perceptions and lack of insight into other people and cultures. Respect and inclusion create an insight that is crucial if relationships are to flourish.

What is the most valuable experience you gained while at CBS that you still use in your daily work?

The importance of working methodically and analytically with problems, herein the knowledge that often it is by coupling several professions and competencies that you will find solutions, which can be realized.

Have you maintained a relation to CBS since graduating?

We are very proud of our partnership.