Stories and history at CBS

Read more about the CBS Alumni benefits and offers

CBS alumni feel a strong connection to CBS. Recently, 1,250 alumni responded to a survey and their answers show just that. See what your fellow alumni think of their relationship to CBS and how they want to celebrate CBS’ 100th anniversary in 2017. 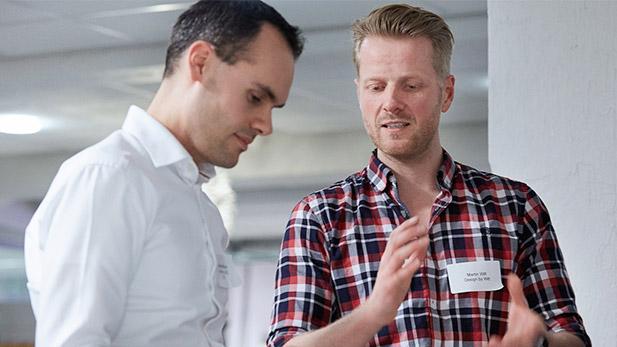 In 2017 it will be 100 years since CBS was founded. The celebration will of course involve CBS’ graduates through all times. We sent out a questionnaire a couple of months ago with three main questions:

The many responses will help CBS not only with the anniversary planning but also in the daily work with alumni relations.

The relation to CBS – now and in the future
Generally, the responses paint a very positive picture of the relationship between alumni and CBS. Four out of five identify as CBS alumni and 94 per cent would recommend CBS to others. And nine out of ten would like to keep in touch with CBS. The three most common ways for alumni to engage with CBS are:

A large portion of alumni want to give back to CBS. As an example, 458 have provided us with their email addresses through the survey because they would like to take part in a future alumni panel. We see this, along with the many comments, as a clear expression of an alumni community with a high level of engagement in CBS.

Many of the comments are either specific ideas for academic lectures, suggestions for companies to visit, or alumni who are living abroad and want to create closer ties to CBS.
The survey shows that every third of you want to contribute with your time or skills, while 5-10 per cent respond positively toward donating to academic research, study funds, physical facilities or alumni activities in 2017.

The anniversary
The age span between the 1,250 alumni who have responded to the survey is large. The youngest is 22 years old while the oldest is 81.
Nevertheless there is a clear tendency in the responses. The majority wants to take part in two types of activities: 1) a festive day with academic lectures and the opportunity to network with fellow alumni, and 2) academic lectures at companies.
Guided tours of CBS campus are especially popular among the older alumni. Alumni living around the world show great engagement by offering their help with organising activities in their community.

Save the date!
Friday, 19 May 2017 is the Alumni Celebration Day, a special event open for everyone who has graduated from CBS. Save the date now and join us for a festive day with academic input, meet your former fellow students and take part in a once in a life time 100th anniversary celebration.

Thank you to all who answered the survey. We look forward to meeting you in the future!

Relevant articles
CBS President: No one knows us better than our alumni

Stories and history at CBS

Read more about the CBS Alumni benefits and offers