Read a portrait of Claus Meyer

In Your Own Words: Claus Meyer, gastronomic serial entrepreneur

When passion is your driving force, you can take things far. Claus Meyer loves what he does. As a student, he was diligent but made sure that there was time for other interests – like badminton at a competitive level and starting his first company. This was at CBS, to which he has stayed connected ever since. 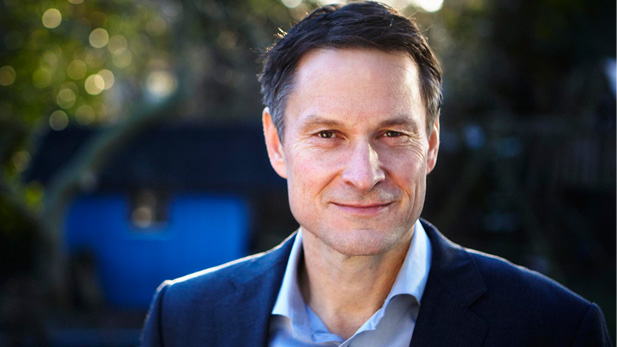 What were you like when you studied at CBS?

I was an extrovert boy, had good contact to the lecturers and many friends, did my things, and got pretty good grades. I made sure that there was time for other things, like sport – I played tennis and badminton at competitive level – and time to start weird projects, as when a friend and I arranged the CBS championships in cookie baking (“Handelshøjskolemesterskaberne i småkagebagning”).

How did you get your first job after graduating from CBS?

I have been self-employed ever since I graduated from CBS. While I was studying, I took a job as kitchen manager at a restaurant called Pascal. I cooked for catering in my spare time and through that I met the owner of Pascal. It started a fire in me. So I convinced President at CBS Finn Junge-Jensen to let me take over the canteen at Dalgas Have. So it was here, while I studied for the ‘SPRØK’ Master’s degree, that I started my first real company. But starting the company did delay my thesis for a year.

Which moments in your career have been defining – and why?

The first important moment was, when I as an au pair am taken under the wings of the French master baker and chef Guy Sverzut. It can be discussed whether it is “in my career” but it was indeed a defining moment. At one time in Au Petit Marquis, which his business was called, in the production, where I worked, I criticized his extravagance and lack of interest in developing his business. He did not worry about my reflections and looked down at me with his loving eyes, put both his hands on my shoulders, and then said: ”Your happiness depends on whether you what you want to do and whether you have the courage to follow it passionately. No matter what you do, my son, promise me that you love it.” Those words were a frontal attack on my father’s wisdom and they would give my adult life a sense of purpose.

Another important moment was when I started the process of Noma and the Nordic Kitchen. I have never created anything that gained such a large momentum so untroubled. I learned something very basic of that process of pushing an agenda efficiently by thinking in movements and co-creation.

The third moment that ended up meaning a lot to me was the establishment of the Melting Pot Foundation in 2010. I have always had public utility as a an aim when I started new initiatives – my entire project has revolved about changing our food culture. But you cannot claim that I, in the short run, have been a benefactor for those who really needed help. The Melting Pot Foundation, and my experiences as a gastronomic entrepreneur, gave me the possibility to work in prisons and in some of the world’s poorest communities. Suddenly, I was able to cooperate with criminals and very poor people to change their conditions of life. At the end of the day, that is probably some of the most meaningful and giving I have ever devoted time to.

What is the most valuable experience you gained at CBS that you still use in your daily work?

The ability to see something from more than one point of view. The ability to cooperate with other people in general. The urge to find win-win-win solutions from merciless suboptimization on my own turf.

Have you maintained a relation to CBS since you graduated?

Yes, I have: I have guest lectured, been a mentor for several students, and latest, I became an adjunct professor a few years ago.