Two CBS alumni with top-ranking jobs at Google and eBay talk about today's most prominent digital trends. Read what eBay Managing Director Nikolaj Gjeding Larsen has to say about trends, how he got the job and what it's like to work at eBay. 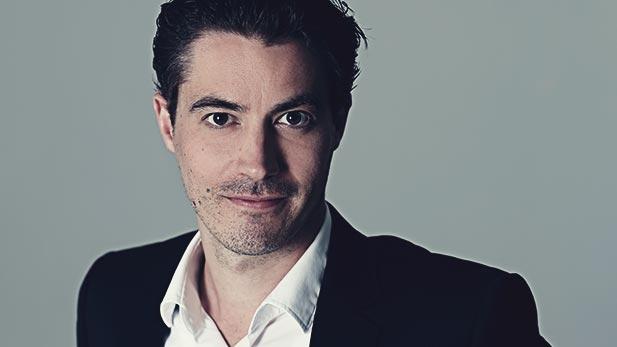 Smartphones have become commonplace in Denmark and, together with tablets, mobile platforms are increasingly a part of everyday life. The fact that users are accessing DBA.dk via mobile platforms instead of PCs, for example, is changing the parameters for digital companies, says Nikolaj Gjeding Larsen, managing director of the online commerce platform Den Blå Avis (DBA), which is owned by eBay.

- Mobile platforms have radically changed our business in just a short time. User behaviour on mobile platforms is fundamentally different and that means we now need to do many things differently, he explains.

Due to this change in user behaviour, a business such as DBA needs to re-think the way it creates the optimum experience for its users.

- Frequency of use has changed, for example. Mobiles are used in more, diverse contexts than a computer, so we can benefit from new consumer situations that didn’t exist before.

For instance users might access DBA through the DBA app on the bus ride home or while watching the evening news on TV. There is certainly a large volume of traffic from mobile devices. Over the last three years DBA.dk has had the same volume of traffic via mobile platforms as it had via computers in the previous 11 years.

- During this time we’ve re-defined ourselves from being an online business to being a mobile business. In fact 70 percent of DBA's business has shifted to mobile devices and in another two years we expect our business to have transferred completely, says Larsen.

Ticket sales paved the way
Larsen has worked at DBA since 2010, where he was recruited as head of marketing. Two years later he took the helm at DBA and today is managing director of a workforce of 160 spread between two offices in Frederiksberg and Aarhus. He previously worked for DSB, where he developed DSB's Orange Ticket concept.

The tickets could only be bought online, providing Larsen with valuable experience in the optimisation of online sales on DSB’s website, which deals with approximately 250 million transactions per year.

Five years ago there were not many people who could boast of experience in online sales of that magnitude, which is how he came into contact with eBay, which ultimately offered him a position as head of marketing at eBay Denmark.

Of course DSB and eBay are very different companies, but despite that the change was not too great a challenge.

- Quite a lot of people ask me about that aspect. But the cultural difference wasn’t really that big. At the time the DSB management was focused on sales and international growth, which is why the company underwent considerable streamlining and enhancement. So, though many people might not believe it, DSB was a dynamic place at that time.

Larsen also believes that his degree equipped him for working in an international company.

- If you attend an international school such as CBS, you get accustomed to cultural differences. I’ve also studied abroad and taken part in exchange programmes, so I've never really thought much about it being different.

Danish guinea pigs
Apart from creating results for DBA and expanding the business in Denmark, eBay's ownership of DBA also means that he needs to keep sight of the global business. eBay's plan to buy DBA was, in fact, to draw lessons from the Danish market that could be applied to the rest of the eBay corporation.

The Danish market is unique because a large share of the population uses the internet and at the same time smartphones are very widespread. Moreover, eBay is interested in following a market of highly educated consumers, such as the Danish market.

- We dedicate substantial resources to testing things that we can scale up in larger markets. We develop playbooks for various segments and then scale them up for the German, Canadian and U.S markets, etc.

The Danish population acts as a kind of guinea pig for eBay. It’s a far less expensive test method than doing studies in the U.S.

Put yourself out there
If you’re a CBS alumnus and dream of working at eBay or a similar company, Larsen has good news.

- As a CBS graduate you’ll thrive in the culture and focus we have at eBay. It really suits the way I feel I've been schooled at CBS. Everything is pretty transparent, since the company is operated via a number of very clear-cut goals. So you can see when you’re a success and when you're not.

At the same time, eBay also welcomes people who put themselves out there and try to solve a problem. It's an important attitude to have if you want to function in a company like eBay, he believes.

- Many tech companies have a very flat culture and generally have experienced super-fast growth during their short existence. That means you have to be good at working in an organisation where responsibility and clear lines are not paramount, but cooperation and relationships are, explains Larsen, and continues:

- The positive thing is that if you put yourself out there with a good business case and a good idea, you can push through the most incredible things, since there is only a short distance between you and the decision makers. If you feel more comfortable in an organisation with a clearer structure, though, it might not be the best place to be.

DBA already has CBS alumni among its staff, who primarily have a consultant background.

- But we'd like to have more CBS graduates, concludes Larsen.

Nikolaj Gjeding Larsen was interviewed in connection with the event "Digital Power" on 24 March, which was arranged by the CBS Career Centre and Marketing Lab. Stay informed about coming events through the CBS Alumni’s LinkedIn group and cbs.dk/alumni.