Traditionally, the regulation of global value chains has been by way of transferring national legislation and regulations to a global context. This contributes to a number of problems as, often, these regulations are not suited to a global context. Furthermore, the regulation of global value chains raises a number of democratic implications, such as legislation decided in Brussels being imposed on developing countries.

About ERC and ERC Advanced Grant

The European Research Council (ERC) was established in 2007, and in a very short time, it has become one of the most important players in the field of European research. With a budget of 16 billion EUR until 2027, the ERC is able to award annual research grants in open competition between researchers from all over Europe.

ERC Advanced Grants are the most prestigious individual grants in Europe, and with these grants, the ERC supports excellent researchers who are already established and have contributed significant breakthroughs and outstanding publications. You can apply for up to 2.5 million EUR for up to five years. 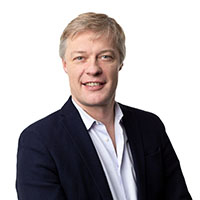 Poul Fritz Kjær is a professor at the Department of Management, Politics and Philosophy at Copenhagen Business School and a researcher on European integration, globalisation, and global legal regulation. He has an MA degree in political science from Aarhus University, Denmark, and a Ph.D. in law from the European University Institute in Florence, Italy, and a doctorate in sociology from Goethe University in Frankfurt am Main, Germany. He has also been a guest lecturer at Harvard University, USA, and the Institut d’ètudes avancée in Paris, France, among other places.

He is a frequently used expert in both Danish and international media on topics such the COVID-19 pandemic and more general European and global issues. Most recently, he has commented on the Western World’s sanctions against Russia.

Read more about Poul Fritz Kjær and his research here

How should we regulate global value chains in the future? Professor Poul Fritz Kjær is awarded a prestigious grant to find the answer

Professor Poul Fritz Kjær is awarded the ERC Advanced Grant, aimed at top-researchers who have contributed significant scientific results within their field of research over the last decade. 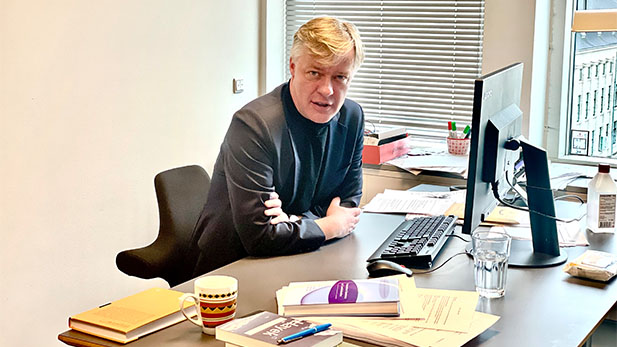 The European Research Counsil has just announced the recipients of the ERC Advanced Grants 2022. Professor Poul Fritz Kjær from the Department of Management, Politics and Philosophy at Copenhagen Business School has been awarded a grant worth approximately fifteen million kroner to examine how courts and legal instruments regulate global value chains and to develop a model that will show what this type of regulation should look like in the future.

Poul Fritz Kjær conducts research on public and private global steering and political economy. Under the heading of “Global Value Chain Law: Constituting Connectivity, Contracts and Corporations,” his research project focuses on how to rethink the regulation of global value chains.

When people in Washington and Brussels decide on which regulations should be implemented in, for example, Vietnam or Bangladesh, it opens up a lot of questions about democracy

One main question to be examined is whether current regulations of global value chains have any real effect and if so, whether the effect can be deemed positive.

“Traditionally, legal regulations of global value chains have built on national legislations and regulations. However, as global value chains are naturally transgressive, this often proves problematic, as national regulations are incompatible with the context in which they are effectuated. With our research project, we hope to be able to suggest what future regulations should look like, how to do it better and which problems to consider,” Poul Fritz Kjær explains.

According to the researcher, gaining more insight into how we regulate global value chains is important, because it raises a lot of ethical dilemmas and clashes of interest that we must keep an eye on:

“When, for instance, the EU says that it would like to ban the importation of textiles produced by children in Bangladesh, it is, of course, a worthy aim. But at the same time, we also prevent Bangladesh from making their own decisions about which regulations to impose in Bangladesh and how they would like their Industrial Relations Act to function. When people in Washington and Brussels decide on which regulations should be implemented in, for example, Vietnam or Bangladesh, it opens up a lot of questions about democracy.”

It is a common assumption that global value chains are a new phenomenon which arose alongside globalisation in the 1980s and ‘90s. But in fact, that is not the case, as Poul Fritz Kjær explains.

“In reality, global value chains go as far back as the colonial period, and many of the principles and approaches applied in current regulations were invented approximately 150 years ago, however, the downside is that often, they are not ideal for regulating the world of today.”

Therefore, Poul Fritz Kjær will use his project to examine both how value chains have been regulated since the colonial period and how they are regulated today, as there has been an increased focus on this area over the last few years. This “new” attention is due to the current, heightened topicality of supply and security policies.

“Concurrent with nation states taking an increased interest in supply and security policies, global value chains have become a strategic instrument. Something that can be used to secure one’s own economy,” Poul Fritz Kjær explains and then elaborates:

“During the heyday of globalisation throughout the ‘90s and the first decade of the new millenium globalisation was considered unequivocally good. Something that created a better division of labour, and which benefitted all involved. Now, however, we see that it also makes us incredibly vulnerable. When we, for example, do not produce our own vaccines, but are forced to import them. Or when we are dependent on gas from Russia or wheat from Ukraine.”

So, you could say that altruism is part of the equation, but what is interesting, is the fact that the big breakthrough in legal regulations only came, when there were some very direct interests at play

According to Poul Fritz Kjær, this development reveals a shift in the perception of the implications related to global value chains. While there have been ongoing discussions on whether to regulate global value chains for ethical reasons, it was only once states realised that being dependent on the rest of the world is dangerous that regulation processes started speeding up.

“So, you could say that altruism is part of the equation, but what is interesting, is the fact that the big breakthrough in legal regulations only came, when there were some very direct interests at play.”

The inspiration for this research project stems from when Poul Fritz Kjær, as a young man, worked for, among others, the WTO and the UN, and when later on, he worked with international trade in Brussels.

“As a practitioner, before I wrote my Ph.D., I could see that there were problems, and that people were talking at cross-purposes. It was interesting to watch, but it also needed examining more systematically, which is exactly what research is. So, it is very much practice-based insights that I bring to academia,” he explains.

ERC Advanced Grants are afforded to experienced researchers who have contributed significant breakthroughs. For Poul Fritz Kjær, this grant will specifically enable him to gather a team of seven researchers, who, over the next five years, will map out and examine the legal regulations of global value chains. The study will take its point of departure in three specific industries: the pharma industry, the wine industry and international trade fairs, and Poul Fritz Kjær and his team will conduct studies in nine different countries on five different continents.

It is the second time that Poul Fritz Kjær receives a grant from the European Research Council. The first time was back in 2012, when he received the ERC Starting Grant, which is awarded to young, promising research talents.

“My first project concerned similar issues, but in a European context, where I examined how we, historically, have regulated the labour market and the economy more generally. So, you could say that I am continuing along the same track, only now, it is in a global context,” Poul Fritz Kjær concludes.