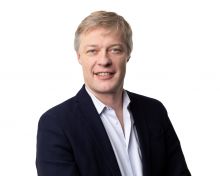 From 2013 to 2017 he directed the European Research Council project ‘Institutional Transformation in European Political Economy – A Socio-legal Approach’ and from 2018 to 2019 he held a Semper Ardens Research Grant for established Senior Researchers from the Carlsberg Foundation.

Poul have degrees in law, sociology and political science including a PhD from the European University Institute in Florence and a Habilitation from the Goethe University in Frankfurt am Main. He has been visiting fellow at several research institutions including the Paris Institute for Advanced Study, London School of Economics and Political Science and Harvard University.

Group leader of the political management group at MPP.

UK i recession for første gang i 11 år

Stil spørgsmål til eksperten: Hvad kommer corona-krisen til at betyde for økonomien?

Lessons for an Economic Crisis of the Past