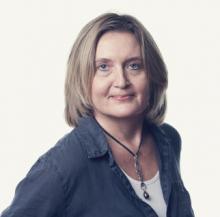 Trine Bille received her PhD degree from University of Copenhagen, Department of Economics in 1996. She is an economist with an interest in arts and culture, making cultural economics and policy her main research areas. She has published more than 100 books and articles in a variety of outlets. Her work is published in the leading scientific journals of her research field, e.g. Journal of Cultural Economics and International Journal of Cultural Policy, and general leading journals in social science, e.g. Work, Employment and Society, Economics Letters, Kyklos, Applied Economics and European Planning Studies, as well as book chapters in books published at leading publishers as Routledge, Elsevier Science and Edward Elgar Publishing, including Handbook of the Economics of Arts and Culture (Series Handbook of Economics, Elsevier Science). Her work has been cited by leading scholars in cultural economics, including Bruno S. Frey, Mark Blaug, David Throsby, Michael Hutter and Ruth Towse. She has been elected as the coming president of ACEI, the Association of Cultural Economics International (the leading academic association of the field) from 2018. She is often a keynote speaker at conferences, and she is often used as consultant and advisor, for e.g. The Royal Danish Theater, The Danish Ministry of Culture, and the Norwegian Ministry of Culture.

She has to a large extent been responsible for development and management of study programs at CBS. She is currently Program Director and head of the study board for the cand. soc. programs at CBS, covering 6 study programs and a total student population of about 900 students. 2017-18 she has been responsible for the development of the joint MSc study program in Strategic Design and Entrepreneurship (cand.soc. SDE), which is a collaboration between Copenhagen Business School and The Royal Danish Academy, Schools of Architecture, Design and Conservation. She was head of the program 2018-2020. She has been the Program Director and head of the study board for BSc Business Administration and Service Management 2008 – 2016 and developed the program to cover 3 concentration areas: Arts and Culture, Tourism and Hospitality, and Service and Innovation.

Program director for the cand.soc. programs

Member of the Board of Research at the Arts Council Norway

Member of Research Council of Norway, the portfolio board for research in Welfare, Culture and Society, granting about 400 mil

Member of the executive board for ROSA, Danish Rock Society

Member of the executive board for ROMU (the museums in Roskilde)

New reports about the conditions for visual arts in Denmark published November 22, 2018 (in Danish):