A delegation from the International Department of the Central Committee Communist Party of China visited EGB to exchange views on China's relations to the Nordic countries. 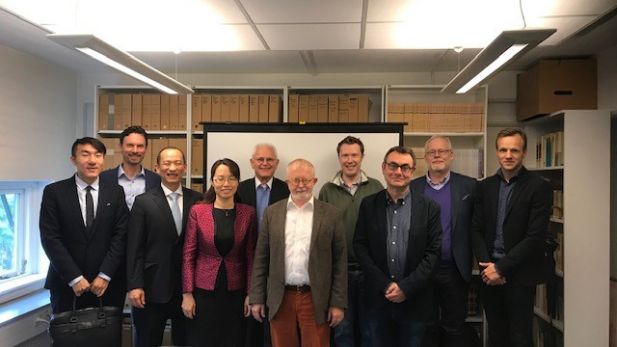 A team of China experts mainly from CBS, but also ThinkChina at Copenhagen University, the Danish Foreign Ministry and the Confusius Institute, was gathered to receive the delegation at EGB and discuss China-Denmark relations and China-Nordic cooperation.

The delegation was headed by Dr. Du Dingding, Deputy Director-General of the Bureau of North American, Oceanian and Nordic Affairs, of the International Department of the Central Committee, Communist Party of China

From the Danish side were:

The page was last edited by: Department of International Economics, Government and Business // 09/27/2019