How long should it take to complete a full university education?

Dean of Education Jan Molin gives in the monthly column from the Senior Management his point of view on how long should it take to complete a full university education. 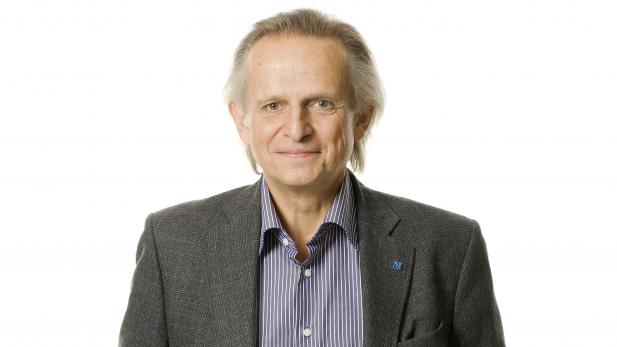 We certainly live in interesting times;new rules for university education arrive almost every week, and public debates over them are increasingly intense. In the last five to six years we have been told by our Danish politicians to lower the time spent on acquiring a full university degree. The basic assumption is that Danish graduates are too old when they ‘finally’ leave university (average age is 27 years).

Over the years we have learned that politicians like to regulate at institutional level and we have tried to adapt to the inconsistencies and paradoxes that are the results of having parliament decide, in considerable detail, how to operate and control.

When politicians introduce detailed regulations that need to apply equally well to the humanities and social science and to technical, health, and natural sciences, it is no surprise that you end up with rather generic and crude concepts, indicators and standards.

It is, though, becoming increasingly apparent that the generic and crude measures developed at central political level lead to averse and counterproductive results at institutional level. Just to give a few recent examples:

Politicians call for more classroom hours:
To comply with this, universities look to their core faculty to get more teaching hours.
When core faculty have (over-)performed and have no more time  to give (to protect their research time,) universities recruit part-time teachers.
Then the politicians complain about a full-time/part time teacher ratio that is too low, and demand more full-time faculty in the class-room –The only possible response for universities is to teach larger classes. This leads to a higher drop-out rate…etc. etc.

Politicians call for more internationalisation and more ‘business-relevance’.
Universities invest (over a long period) in programmes that will make it attractive to students to go on exchange and take Danish and/or international internships. This involvement of businesses and foreign universities means that Danish universities loose some of their control of the programme structure. As a result, completion time increases, and politicians take away bonuses from the universities who find it difficult to ensure a low completion time.

Politicians call for more enrolment of students in Danish universities.
To accommodate these requests, new programmes are developed at universities, increasing the need for administrative services; and class sizes grow, increasing the distance between students and professors.
The politicians then make ‘drop-out rates’ a key performance measure in the development contract and demand cutbacks in the programme administration. Universities are thus left with a growing number of students, fewer full-time faculty and less administrative staff to help and support these students. As a result,the drop-out increases.

We must assume that all this is done with the best political intent.
The reason for the described paradoxes is not due to ill will or a political wish to ruin the quality of university education (and research).
It is largely a question of the many unintended negative side-effects growing out of a fundamental misunderstanding:
The idea that 179 members of parliament are able to run eight very different universities with hundreds of programmes and thousands of research projects – by making decision after decision at day-to-day management level. The level of regulation is out of sync with the institutional conditions  - and the organisational complexity is beyond reach for remote politicians with next to no first-hand knowledge about governance issues in today’s universities.

Behind all this there may be even more severe problems:
It just may be that politicians have a perception of universities that reflect a poisonous mix of personal memories and individual accounts by family members, dinner guests etc. about the miserable state of affairs at Danish universities (based on ‘samples of one or fewer’ -borrowing a phrase by Stanford prof. James G. March, one of the worlds leading social scientists) on the one hand, and an “economic man” perspective on how humans act and pursue goals to maximise their own interests – widely supported by new public management ideals and civil servants trying to run ministries and institutions by contracts and incentive-systems on the other hand.

At the end of the day we are left with a generation of politicians and civil servants that have no knowledge or interest in the content and role of universities in the present and future society – apart form the ability to generate tax-paying labour power. Universities, in this way, are increasingly reduced to becoming factories. Research is only relevant if it generates jobs, programmes are only relevant if they produce graduates with immediate and high employability - a tax-paying ‘vehicle’.

It is only from this unfortunate view of society and the role of universities in developing our future, that it makes sense to over-focus on saving months in time spent as a student.
Politicians and civil servants run the risk of developing a self-fulfilling prophecy – according to which they install systems and regulations without content, ambition or values that in the end will replicate their own disillusioned and bitter world-view.

So the answer to the title of this essay could be:
To complete a full university education should always take as long as at all possible.
The basic purpose of a university is to offer a sanctuary for coming generations where they constantly run a risk to see new possibilities, challenging options and appealing trajectories. A university should not be a controllable instrument for political regulation and construction. Students should partner with faculty to develop new avenues to and future values of a desirable society.
Unfortunately, the students are reduced to moldable means of production in the present political context.

At CBS we try to find a way through these institutional constraints.
We continue to urge our students to go abroad and to take internships. We agree that relevant student jobs may build stronger competences – and we encourage them to take part in some of the many, many student-driven extracurricular activities that we host on campus. This is all part of what we call a ‘responsible management perspective’ which we introduce all CBS students to from their first day on campus (the so-called ‘responsibility day’)

We know that this endangers CBS’ possibilities of cutting down the time spent on getting a degree. We have stated officially that we will effectively try to lower completion time (to accommodate the political wish) and we have made it abundantly clear that we will do that by identifying (with the help of our students) processes where students unintendedly ‘lose time’ (i.e. time spent finding a relevant supervisor for a thesis, etc.). Of course there are numerous instances where students get ‘stuck’ on account of poor procedures and lack of proper coordination. We should and will do our utmost to remedy this.

We have, however, also stated quite firmly that these efforts to comply with this particular political call, must not endanger the possibilities for reaching other political goals, like internationalisation, and – most important of all – the highest possible quality of curricula and programme structures.