Ambassador of India to Denmark gave a speech about India as an emerging political and economic power. 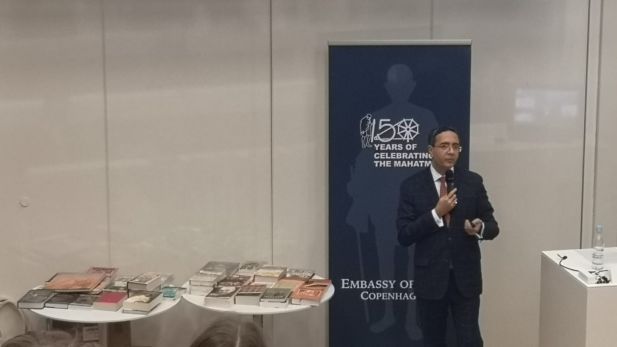 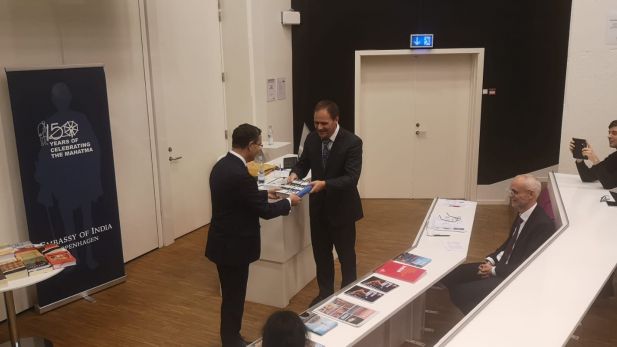 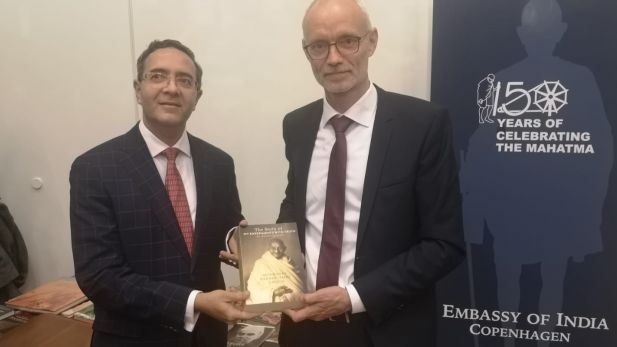 On Tuesday, October 29, Mr. Ajit Gupte – Ambassador of India to Denmark gave a speech about India as an emerging political and economic power. The event was hosted by the Department of International Economics, Government and Business (EGB) and the BSc in International Business in Asia at Copenhagen Business School (CBS). At this event the ambassador gifted a set of books on Indian culture, business, art and history to CBS. The opening speech was given by Professor Søren Hvidkjær (Dean of Research, CBS) and the concluding remarks was given by Professor MSO Jens Gammelgaard (Head of Department EGB, CBS). The speeches was followed by a reception.
Short bio
Mr. Ajit Gupte joined the Indian Foreign Service in 1991. He has studied Chinese (Mandarin) and has specialised in China with postings in New Delhi as Under Secretary (China) [1995-98], Hong Kong [1998- 2000] and Beijing [2000-2004]. He has extensive exposure to India’s neighbourhood and has served in Dhaka, Bangladesh from 2004 to 2008 as First Secretary/Counsellor.
Mr. Gupte had also served in ICCR as Deputy Director General to promote India’s cultural diplomacy and ‘soft power’ from 2008 to 2010. Thereafter, he was Deputy Chief of Mission in Embassy of India, Berlin from 2010 to 2014. During this period, he was also Charge d’ Affaires for 9 months. He held the post of Joint Secretary (Development Partnership Administration-I), dealing with Lines of Credit for all developing countries, including India’s neighbouring countries from 2015 - 2017. He has assumed charge as Ambassador of India to Denmark on 2 September 2017.
The page was last edited by: Department of International Economics, Government and Business // 11/15/2019