After seven exciting and intensive years of national and international research, collaboration, teaching and impact, a key stage in the CBS Public-Private journey is coming to an end. Beginning with the highly successful Public Private Platform and continuing with its successor, CBS Public-Private, CBS has become an acknowledged leader in the field of Public-Private relations along a number of axes: Public-Private Partnerships, Big Data and Society, Public Sector Reform, Markets and Valuation, and Diversity and Difference, to name but some of its areas of expertise.

This was marked by a festive morphing event at CBS on 10. December with good conversation on the past and ongoing projects, the many events and research achievements associated with Public Private. The event not only marked the formal end of Public-Private but also celebrated the many projects and collaborations that it has now morphed into. 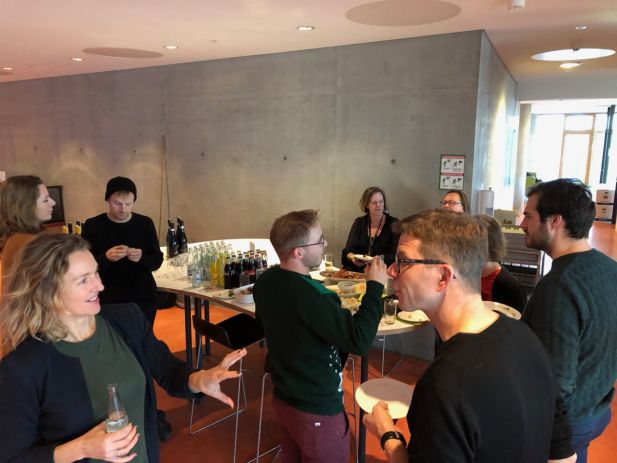 The five co-directors; Annette Risberg, Carsten Greve, Christina D. Tvarnø, Mitchell Dean and Paul du Gay assures: 'While we have reached a key juncture in our institutional development, the story is not over, for CBS’s Public-Private initiative is taking new forms and directions. We hope you will join us on this next stage of our journey as it unfolds".

You can watch co-directors evaluate on the work of CBS Public Private in these short videoes.