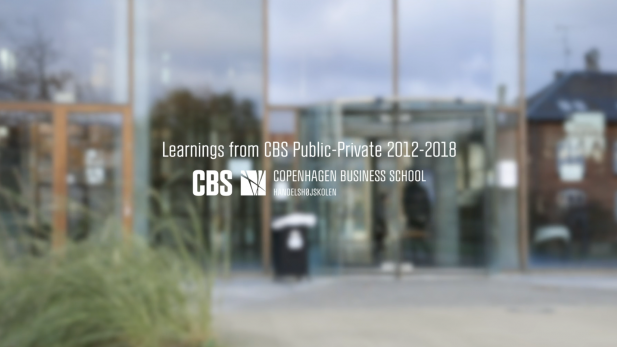 Take a walk down memory lane to some of the highligts and to see how CBS Public-Private have influenced the co-directors' respective research and laid the ground work for the rise of new research platforms at CBS. The 5 co-directors of CBS Public-Private, Annette Risberg, Carsten Greve, Christina D. Tvarnø, Mitchell Dean and Paul du Gay, have undertaken the difficult task of summing up 7 years of work in CBS Public-Private in 6 videos, including a double interview with the 2 original directors Carsten and Paul. Enjoy!