The edited volume”International Handbook on Public-Private Partnerships” is going to be translated to Chinese. The book is edited by amongst others the Platform's co-director Carsten Greve. 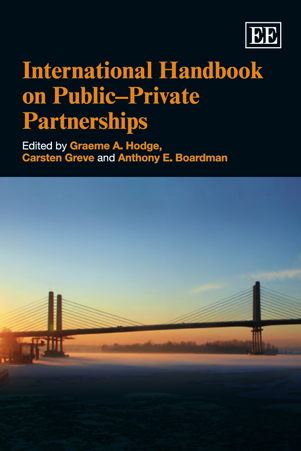 The edited volume”International Handbook on Public-Private Partnerships” is going to be translated to Chinese. This has just been announced by the renowned publisher Edward Elgar. Carsten Greve from the CBS Public-Private Platform has edited the volume together with Professor Graeme Hodge from Monash University in Australia and Professor Anthony Boardman from University of British Columbia in Canada. The book has 26 chapters and examines public-private partnerships in an international perspective. The book was published first in 2010 as a hardback and has since been published in paperback.

You can find more about the book at the publisher here.