Did you miss the debate meeting on the drug challenge in a Danish and international perspective? Then read about it here.

On May 26, The CBS Public-Private Platform and CBS Department of Management, Politics and Philosophy hosted a debate meeting on the drug challenge in a Danish and international perspective, where discussion focus on how governments, businesses and NGO’s can address the issue.

All over the world, Heads of States and civil society are focusing their efforts on reforming international drug policies. In April 2016, the first drug policy summit will be held by the United Nations (UNGASS). As part of the preparations for the summit Ruth Dreifuss (former President of Switzerland) and Thorvald Stoltenberg (former Minister of Foreign Affairs in Norway and High Commissioner on Refugees) visited Denmark to meet with organizations and politicians. Dreifuss who is now one of the commissioners in the Global Commission on Drug Policy said in her presentation: ‘We will break a taboo. It's about what the politicians will not talk about: the war on drugs has failed’. 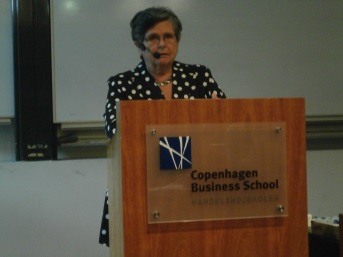 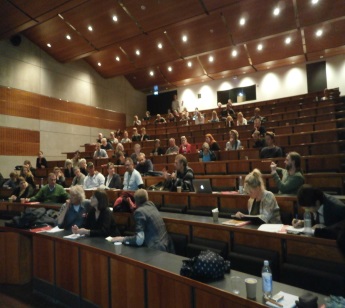 The Commission recommends changing the international focus from growers and sellers of drugs to the money trail, corruption and money laundering, and this is best done through a legalization, where the state takes over the illegal market. ‘The future is about regulating the drug market. The illegal market is only interesting because of profit and customer dependence. The state should go in and check instead, and experiment with legalization, as the City of Copenhagen have suggested, is most welcome. New rules in the field cannot worsen the situation’, Ruth Dreifuss said. The Commission may, as a curiosity, refer to the situation in the US state of Colorado, where it is now legal to smoke cannabis: ‘In Colorado, there are now fewer road accidents because people smoke marijuana instead of drinking alcohol’, Dreifuss further explained.

Read more about Ruth Dreifuss’ visit in Copenhagen [In Danish] at Stofbladet.dk