Jobhunting in the US

In this month’s column by CBS’ Senior Management, Alan Irwin, Dean of Research, talks about recruitment of teaching and research talent. 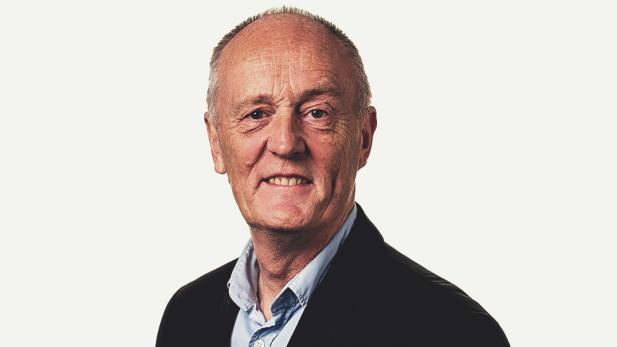 I have to admit it. A dean’s life is not always exactly like being James Bond. On the second day of the New Year you could have found me snugly accommodated in the back row of an Airbus heading for Philadelphia. No champagne, no caviar, but thankfully no Oddjob - or anyone else trying to kill me (although the rather large American in the next seat did poke me with his elbow from time to time).

My mission? To attend the job market taking place as part of the large ASSA/AEA conference. Converging on the City of Brotherly Love (and of Rocky!) at that very moment were two highly-trained squads of CBS academics, armed to the teeth with job market papers, application forms and a set of fiendish questions. How could those international applicants have any chance against the might of Finance and ECON? I consider myself a job market veteran having been through similar encounters at the Academy of Management. But there was a definite sense of anticipation as we approached our destination (even if I could also see one of our colleagues soundly asleep a few rows ahead).

For those who have not seen the job market in action, here is a quick picture. CBS advertises some positions on a central website, several hundred PhD candidates send in an application – including the all-important job market paper. The CBS department weeds the applications down to thirty or so, and then these international applicants are interviewed during the conference. Up to 10 are next invited to CBS for a ‘fly out’, and then we (perhaps) make an offer – typically at the assistant professor level. And of course it’s their decision whether to accept.

So it is not just the job market candidates who are in competition throughout the process. We need to move fast, and convince the best applicants that Copenhagen is the place to be. But there is also another competition going on. We hope to place our own PhDs in the best institutions. It isn’t simply a matter of how we choose from the rest of the world, but also how the rest of the world chooses us.

The job market does not operate in the same way across all of CBS. Not every discipline has the same central process or the same tradition. But the same principles apply: complete openness, the pursuit of research and teaching talent, honest dialogue with potential recruits, and a recognition that any university is only as good as its staff and its students. Academic recruitment might involve a huge effort but it’s hard to think of anything more important for our future development.

Now if I was a CBS student reading this, my first thought would be something like: well I’m sure that’s a lot of fun but what does it have to do with me? Let me try a few responses to that question.

First of all, CBS’ reputation is also your reputation. Whether you are a member of staff or a student, it is reassuring (and actually rather exciting) to see that CBS is taken so seriously by ambitious young colleagues and their advisors at an international level. And by comparing ourselves with the best in the world we also ensure that our academic standards are indeed up to standard.

Second, talented new recruits bring new teaching possibilities and new strengths. I have to say that I listened fascinated to the Philadelphia applicants as they discussed their plans, ideas and projects. But I also thought about how CBS students would benefit from exposure to just this expertise and these emergent discussions. Of course, we rely very much on experienced colleagues and those (possibly including myself) who have had longer careers. But a steady input of strong new recruits is essential if we are to continue our upward momentum. It really is our lifeblood. And in that way, all our staff benefit from the contributions of new colleagues.

Third, CBS is a Danish university with an international perspective. We value our national traditions and our cultural roots. But we cannot turn inward and we must build on a multiplicity of knowledges and experiences. If we are to take ‘business in society’ seriously, then we need to understand both ‘business’ and ‘society’ from the broadest perspective: what are the social, political and economic challenges of our times? What are best thinking and best practice across the globe? Some of the answers may be found in our home country, but many more will exist internationally.

On the way home – and back in exactly the same seat (this time with an only-slightly smaller German by my side) - I had two thoughts. Academic development does not end with recruitment. There is a lot more to it than that - and not least the crucial process of getting the most out of our increasingly diverse body of staff. So we need to attract the best, but also build the best conditions within CBS.

And we all know that resources will be a challenge for CBS in the years ahead. I just wish those with responsibility for our funding had sat with me in Philly. It’s the best argument I could have made.