"Hope without optimism as a ‘total absence of illusion about the age and at the same time an unlimited commitment to it’", Walter Benjamin 1933 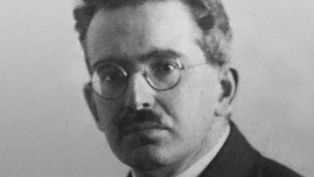 "It is worth fighting even for ashes, because there are better and much, much worse ways of being too late. Because and yet. This shit is where we are. A junk heap of history and hope", China Miéville 2018. 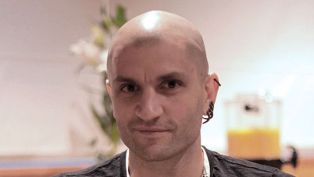 "My rules for The Handmaid’s Tale were simple: I would not put into this book anything that humankind had not already done, somewhere, sometime, or for which it did not already have the tools", Margaret Atwood, 2011. 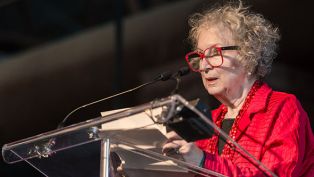 "What lingers most in my memory of Chernobyl is life afterwards: the possessions without owners, the landscapes without people. The roads going nowhere, the cables leading nowhere. You find yourself wondering just what this is: the past or the future. It sometimes felt to me as if I was recording the future", Svetlana Alexievich, 2005. 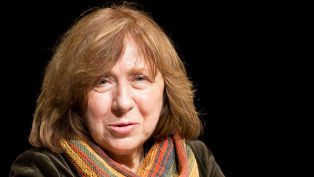 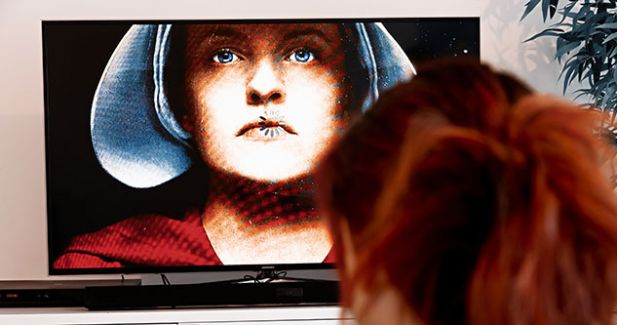 Many of us have devoured the movie production of Margaret Atwood’s book ‘The Handmaid’s Tale’, where the protagonist, June, is fighting for her and her children’s right to live and be recognised as more than birth giving holsters.

According to Christian De Cock, Professor at the Department of Organization at CBS, the way June and other fictional characters are coping with a dystopian world where catastrophe has suddenly become part of everyday life is something that we can make use of ourselves in regard to the current climate crisis:

“Series like The Handmaid’s Tale or the book, Chernobyl Prayer, by Svetlana Alexievich both have characters dealing with unimaginable horrors. Like them we are also facing our own catastrophe and have to find new concepts, images and reference points to cope with whatever is coming. This is where we can find inspiration in literature or movies,” he says based on a new study.

Together with two researchers from Australia, Daniel Nyberg and Chris Wright, he has carefully read the work of Margaret Atwood and Svetlana Alexievich, using forgotten and alternative stories to steer a course between the twin traps of either utter despair or business-as-usual.

Fiction can help us think critically about society

What has a fictional universe with rapists and child abductors from the Handmaid’s Tale got to do with our current climate catastrophe, you might think?

Even though the abysmal society in the series and book seem far away from anything real, they are actually not, according to Christian De Cock:

“Margaret Atwood has based the story on real historical facts: the Lebensborn programme of the Nazis, the history of slavery, American polygamy and so on. She imagines nothing we have not already invented or started to invent. This kind of bricolage of various stories can be helpful in handling crises when it comes to our current world problems,” he says and adds:

“Fiction can help us think critically about society and make us see what might happen if we stop fighting for a better world.”

We can’t do ‘business as usual’

The climate crisis is right now – not in the future. We are too late in ‘solving’ it just by changing our flying habits or eating less meat, says Christian De Cock.

“As the crisis unfolds, our ways of being and thinking have to change. But in what ways? No one knows yet. But we would like people to stop and reflect on it,” he says.

Even though our world of consumer capitalism will disappear, it does not mean we have to stop trying to do something, believes Christian De Cock:

"As urban fantasy writer China Miéville states: ‘it’s worth fighting – even for ashes, because there are better and much, much worse ways of being too late’,” he says and concludes:

“We have to keep hoping. But it will be ‘hope without optimism’, a term coined by German Philosopher Walter Benjamin when faced with the catastrophe of Nazism in the 1930s. We must face reality: We are in a crisis. But how we deal with that crisis is still up to us.”