Does Goal 7 ´Energy for All´ need a rethink?

Goal 7 of the Sustainable Development Goals (SDGs) aims to ensure access to affordable, reliable, sustainable and modern energy for all by 2030. Yet according to new research by Copenhagen Business School the poor planning and execution of decarbonisation strategies in emerging markets challenges the aims of Goal 7. 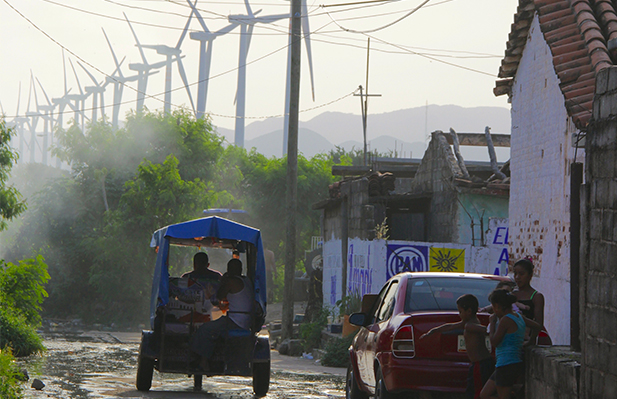 “In the effort to produce renewable energy and decarbonise their economies, emerging countries have neglected the effect on marginalised populations, which could ultimately prove unsustainable for all,” says Assistant Professor Jacobo Ramirez from the Department of Management, Society and Communication at CBS.

The research, published in the Journal of International Business Policy, calls for policymakers and business to re-evaluate large-scale renewable energy investments in emerging markets to mitigate climate change and meet the SDGs.

Energy is a dominant contributor to climate change. According to the UN, it accounts for around 60% of global greenhouse gas emissions. Yet 770 million people still lack access to electricity, while a further 2.6 billion, mainly living in emerging markets, continue to rely on solid biomass such as firewood for fuel.

The study investigated the impact of wind investment on the lives of indigenous people from the Isthmus of Tehuantepec in Oaxaca, Southern Mexico. This region has some of the most powerful wind resources in the world, making it a hot spot for investment in wind energy.

But instead of bringing jobs, development and modern energy to the region, Mexico’s current approach to energy decarbonisation has focused on large-scale investments that have benefitted multinational enterprises but left indigenous people behind. This has divided local communities and caused social conflict between opponents and supporters of wind energy.

While wind investments outwardly appear to be paving the way for a sustainable future, the research found that failings in Mexico – corruption, poor accountability, and limited access to information about energy and the environment – have led to public consultation processes that do not meet Mexican regulations or international conventions.

“Conflicts in the Isthmus could prevent decarbonisation, access to renewable energy, and democratic decision-making in the energy transition. To achieve Goal 7, we need to achieve governance in energy democracy in emerging economies like Mexico, with transparent decision-making processes that allow public participation in energy systems and investments,” adds Ramirez.

The study introduces a novel way of thinking about how governance can help – or hinder – the success of renewable energy ventures in emerging markets. To achieve governance in energy democracy, public policies should allow both collectives and individuals to challenge existing energy systems and shift resources towards new investment models, such as decentralised or community-owned renewable energy (CRE) systems. Indeed, CRE models are associated with increased local participation, acceptance, and benefit (both economically and environmentally) from renewable energy.

The research points to examples in countries like Denmark and the UK, where energy democracy has been implemented through decentralised CRE. “Decentralised CRE models ensure communities benefit from renewable energy, and empower them to control the energy system, from production to distribution. This can be encouraged by government, such as through regulation and financial incentives,” adds Ramirez.

European models could be a source of inspiration for those investing in renewable energy in emerging economies to address poor governance and facilitate the transition to a decarbonised society. Nevertheless, this research highlights the need for strong institutions, as stated in Goal 16, for redesigning laws and conventions and engaging with marginalised communities.

“Indigenous people aspire to actively participate in renewable energy investments, beyond ‘unfair’ and ‘unjust’ public consultation processes. If other emerging markets do not learn from the mistakes made in Mexico, it may endanger the Sustainable Development Goals and undermine global efforts to mitigate climate change,” concludes Ramirez.