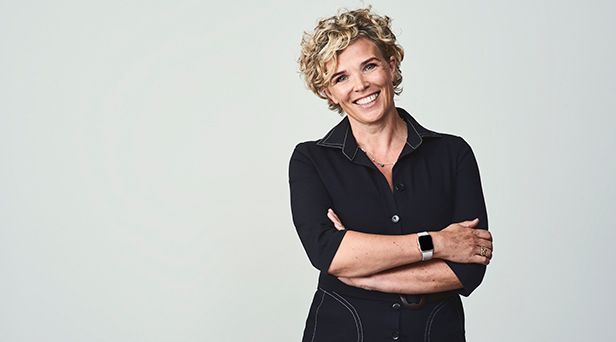 A versatile leader with deep insight into CBS is going to sit at the head of the table at CBS Executive Fonden and replace current chair, Kenneth Plummer, who steps down from the board in spring after 10 years.

Eva Zeuthen Bentsen is MSc in strategy and management and holds a PhD from CBS. Moreover, she has been head of the Department of Management, Politics and Philosophy at CBS, head of department at Danish Regions, CEO of Gentofte Hospital and member of the Danish Leadership and Management Commission. For the past four years, Bentsen has recruited and developed leaders and is also member of the boards of Villum Fonden, CBS Executive Fonden and Synoptik Fonden. Eva Zeuthen Bentsen says about the position:

"I really look forward to getting started. Academically, CBS Executive Fonden has a unique profile with a portfolio of interesting management courses which I would like to help develop further”, she says and adds:

”In close collaboration with CBS Executive Fonden, CBS should be front runners within lifelong learning by developing the current portfolio but also looking at new offers and models. However, to achieve this we must continue expanding our synergies with CBS – in terms of activities as well as competences”, concludes Eva Zeuthen Bentsen.

According to departing chair, Kenneth Plummer, it has been important to find a new chair who knows CBS and CBS Executive Fonden well.

"We are delighted that Eva has accepted to take on this task. Having been member of the board of CBS Executive Fonden for two years and worked at CBS, she knows this business inside out. Through her career Eva has worked with many of the management and board challenges that the courses and programmes of CBS Executive Fonden have to match”, says Kenneth Plummer.

CBS Executive Fonden is a commercial foundation founded in 1991 by Copenhagen Business School under the name of HHE (Handelshøjskolens Efteruddannelsescenter). In 2011 HHE merged with SIMI Fonden which was also a provider of short executive programmes and changed its name to CBS Executive Fonden in 2013.

CBS Executive Fonden is an independent institution but has good relations with CBS and is located on CBS’ campus at Porcelænshaven in Råvarebygningen, previously owned by The Danish Royal Porcelain Factory (Royal Copenhagen). In addition to Eva Zeuthen Bentsen and Kenneth Plummer, Nikolaj Malchow-Møller, CBS President, is on the board with Christiane Vejlø, David Hellemann and Elise Hauge.