CBS has just received the EQUIS seal of approval and thereby remains among the top 1% of business schools globally. 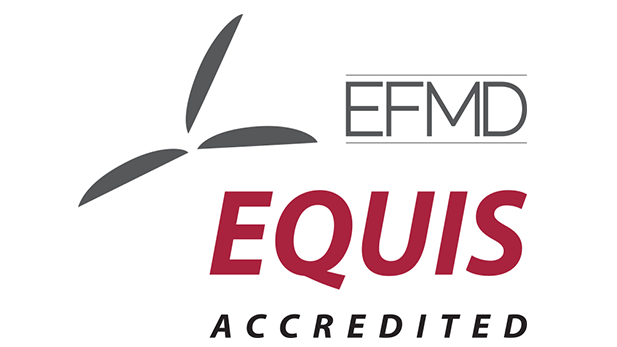 Less than one percent of the world's business schools can boast about having the three most important international seals of approval. Again this year it is confirmed that CBS is among the very best in terms of the quality of our education and research.

Per Holten-Andersen, President of CBS, is both proud and honoured that CBS can retain its position through this international recognition.

- With EFMD's accreditation of CBS for a further five years it is once again confirmed that CBS is an education institution of a particularly high quality in terms of research, education, students and teachers, Per Holten-Andersen says.

EFMD has numerous criteria that business schools must meet, and at this year's visit the organisation also had special focus on CBS's development strategy. The President emphasises the positive aspect of undergoing a thorough examination by an independent group of experts.

- At CBS we attach great importance to our international accreditations. They are conditional on our ability to meet international criteria for high quality in our work. The very best people scrutinise our strategy as an international business school, he says.

The Triple Crown accreditation is important to CBS's international strategy. It makes it easier to collaborate with other top business schools, recruit international staff and attract the best students from all over the world, and thereby create a unique study and university environment.

Read more about the EQUIS accreditation