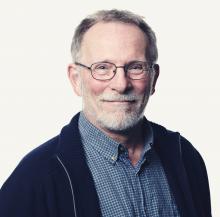 My research on labor organization in developing countries dates back to the mid-1980s. Having retired as an emeritus in 2016 I have scaled down my international fieldwork. Yet, most recently I contributed to a forthcoming anthology on trade unions and labor representation in Asia, edited by Russell Lansbury and Lee Byoung-Hoon, with a chapter on Malaysian trade unionism. During the last decade I participated in several international conferences, and in the aftermath papers have been published in the Journal of Industrial Relations (2012), Geoforum 44 (2013) and the Nordic Journal of Working Life Studies (2014). Together with Rene Ofreneo, University of the Philippines, I made a chapter on labor markets in Southeast Asia to the anthology, The New Political Economy of Southeast Asia (2010), edited by Rajah Rasiah, University of Malaya, and Johannes Dragsbæk Schmidt, Aalborg University. Finally, a chapter on trade unions in the Asian automotive industries was published in the anthology, Cars, Automobility and Development in Asia: Wheels of Change (2015), edited by Arve Hansen and Kenneth Bo Nielsen.

Within the research field of the global automobile industry I made a study for UNIDO in 2009-10 of the impact of the global financial crisis on the automobile industry in developing countries. With VGR Chandran, University of Nottingham Malaysia, we made another study for the ILO on the Malaysian automobile industry with a special focus on labor market conditions and industrial relations. The ILO report was subsequently published in a revised version in The International Journal of Automotive Technology and Management (2011). And with Rick Doner I published an article in Journal of Contemporary Asia (2014) comparing the impact of economic crises on automobile industries in Southeast Asia.
Industrial policy in developing countries has been one of my main teaching areas, while research experience has been achieved mainly in the sector of automobile industrialization in Asia. A state of the art review of the field, Governance, business and development, is made for the upcoming anthology, Business and Development Studies, edited by Peter Lund-Thomsen, Michael W. Hansen and Adam Lindgreen.

Research on innovation systems and processes in developing countries has so far been delimited due to lack of external research funding. Corporate innovation issues were studied as part of my engagement in the research project, Outsourcing for Development (2006-2008), led by Michael W. Hansen. One book chapter on the Malaysian manufacturing innovation system has been co-authored with Rajah Rasiah and VGR Chandran of University Malaya, Malaysia and published in an anthology in 2012.

My ongoing interest in research philosophy and methodology was translated into a book chapter on realist research theory and critical realism that appeared in a Danish anthology on these matters within political science, sociology and administration in 2012 with a new version in the 3rd edition 2015.