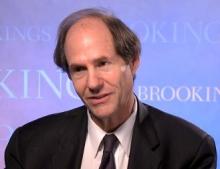 Cass R. Sunstein is the Robert Walmsley University Professor at Harvard. From 2009 to 2012, he was Administrator of the White House Office of Information and Regulatory Affairs. In the second term, he served as a member of the President's Review Board on Intelligence and Communications Technologies. At Harvard Law School, Professor Sunstein has founded and directs the Program on Behavioral Economics and Public Policy. He has testified before congressional committees on many subjects, and he has been involved in constitution-making and law reform activities in a number of nations.

Cass Sunstein is the author of hundreds of articles and essays and has written and edited over 30 books, including such as: Republic.com (2001), Risk and Reason (2002), Why Societies Need Dissent (2003), The Second Bill of Rights (2004), Laws of Fear: Beyond the Precautionary Principle (2005), Worst-Case Scenarios (2001), Nudge: Improving Decisions about Health, Wealth, and Happiness (with Richard H. Thaler, 2008), Simpler: The Future of Government (2013), Why Nudge? (2014), Conspiracy Theories and Other Dangerous Ideas (2014), and most recently, Wiser: Getting beyond groupthink to make groups smarter (with Reid Hastie, 2014). He is now working on various projects on the idea of liberty.

Cass Sunstein received Harvard’s highest honor for a facultcy member, Harvard University Professor, in March 2013 for wide-ranging impact beyond his field. His impact is tremendously strong on research and policy in the fields on environmental issues, climate change and public health. His research insights are used by business scholars, economists, psychologists, sociologists, political scientists, policy makers and government leaders alike. In short, when we today have the honour of having Professor Sunstein as Honorary Doctor at CBS, it is not least because of the extremely innovative and productive interdisciplinary nature of Professor Sunstein’s unique scholarship and his deep societal engagement, which in an exemplary way embody CBS’ Business in Society strategy.