GREEN by default, or GREEN by choice?

While we are all talking about sustainability and how to minimize the environmental costs caused by consumption, professors Cass Sunstein (Harvard University) and Lucia Reisch (CBS) have researched what effects green defaults may have on protecting the environment. Barbara Louise Bech and Line Pedini Rasmussen from the Sustainability Platform interviewed professors Sunstein and Reisch, to discuss how nudges affect individual behavior and what it takes to construct a good nudge. 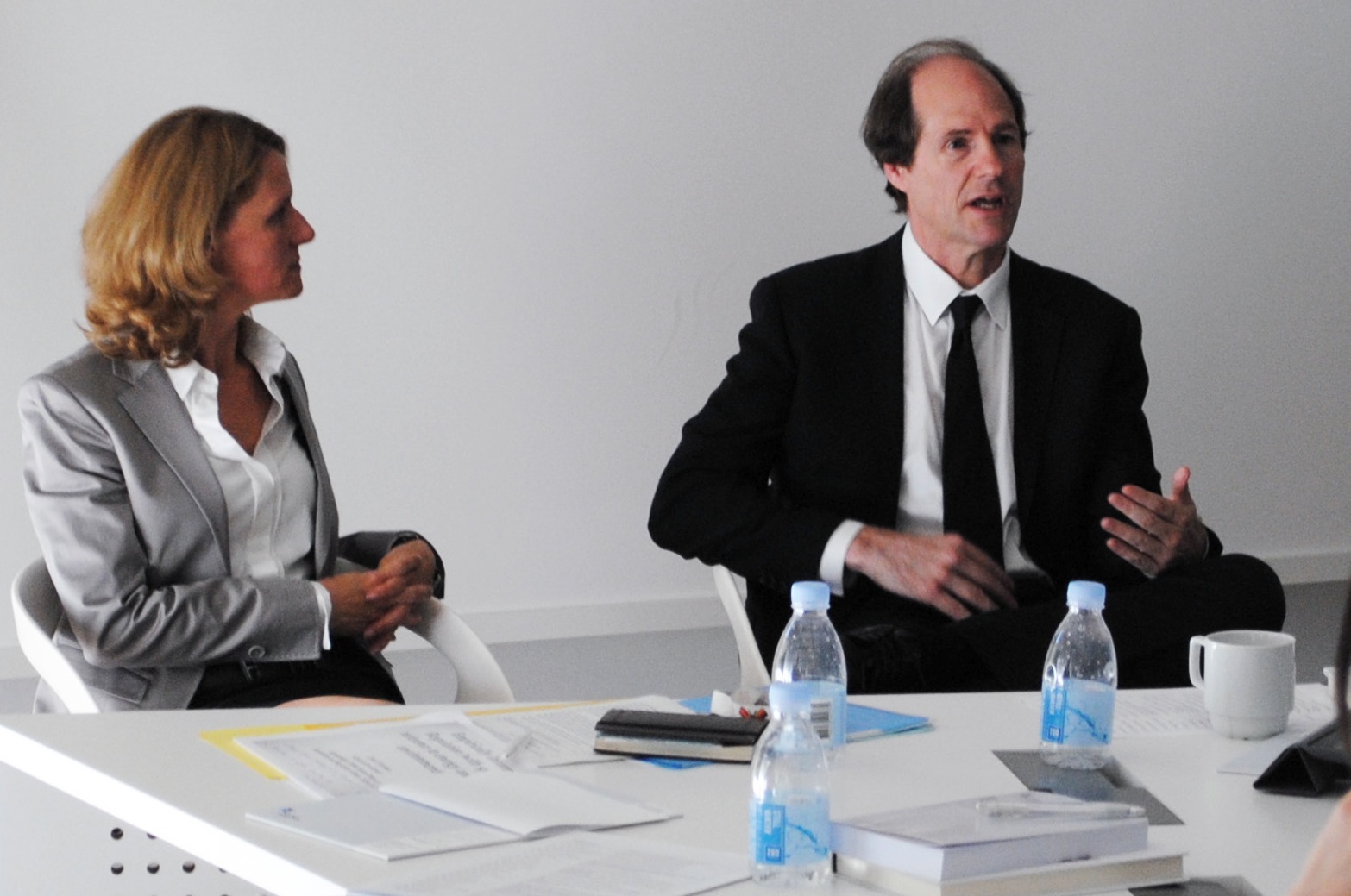 “Suppose that in a relevant community, there are two sources of energy, denominated “green” and “gray.” Suppose that consistent with its name, green is better than gray on environmental grounds. Those who use green energy emit lower levels of greenhouse gases and also of conventional pollutants. Suppose that those who use gray energy save money. Which will consumers choose?”

It is with this question in mind that Sunstein and Reisch introduce their recently published article ‘Automatically Green: Behavioral Economics and Environmental Protection’ (2013) in the Harvard Environmental Law Review. While a traditional economist would state that this depends on the relationship between the economic incentives involved and the individuals’ underlying preferences, a behavioral economist would, however, have a more nuanced view. Social norms and perceptions, for example, play a significant role in affecting people’s behavior. Consequently, individuals tend to either “follow the crowd” or make decisions that “make a statement” about how they want to be seen by others, rather than strictly following their own economic incentives. In addition, individuals seldom actively initiate a change, preferring instead to stick to the already established “default” option. It is with this “sticky” default option in mind that Sunstein and Reisch’s article seeks to explore how and when green defaults may be the best way to move forward.

Sustainability Platform: Can you give an  example of a green default relating to energy?

Reisch: Daily life is increasingly accompanied by the equivalent of green defaults, replacing grayer ones. Consider motion detectors that turn out the lights when people do not appear to be in the relevant room. In this way, motion detectors create the equivalent of an “off” default. Or, consider appliance and computer settings that turn the relevant equipment off when it is not in use. Moreover, we could think of double sided printing or renewable energy provision as default supply in cities. If the default setting on office thermometers is turned down in winter, and up in summer, we should expect significant economic and environmental savings, at least if the default setting is not so uncomfortable that people will take steps to change it.

Sustainability Platform: Given the green default examples just mentioned, would you say that opting out of a green default is less likely to happen because consumers in general prefer to stay green? Or, is it because they are simply too lazy to change to, for instance, another energy tariff or provider even though it would be slightly cheaper for them? What is the power of defaults?

Reisch: Several biases and heuristics are, in combination, responsible for the empirically robust power of defaults: First, people tend to follow behaviors and decisions others take and tend to believe in the (real or assumed) advice of experts. Defaults can be interpreted as expert advice based on superior know-ledge. Second, people are pretty rigid in their choices and are much less likely to opt-out a default setting than just to stay with it; they are much less likely to actively opt-in an alternative since this calls for investing time and effort to find and weigh options (status quo bias). In general, people tend to highly value what they have (endowment effect) and what they believe in, and it is hence hard to motivate reflection and change. In other words: “Decisions are sticky”.

Sustainability Platform: When you argue that people live longer and happier because of nudges, how is this measured and who determines it is a better life?

Sunstein: I would begin by measuring everything from the standpoint of the people who have themselves been nudged. If people are automatically enrolled in a savings plan, do they consider themselves better off as a result? If people learn about the caloric content of food, do they think that they are better off, because they have that information? If people are reminded (say, by text message) that it is time to pay a bill or to go to the doctor or the dentist, are they glad to have the reminder? If people are informed that they can save some money with a more energy efficient product, do they believe that their decisions have been improved? Especially if we are focused on the well-being of consumers, and how their choices affect their well-being, we should ask what they themselves think, at least for starters. Of course it is a good, too, if we have data suggesting that they are healthier and more prosperous.

Sustainability Platform: We know that consumers follow the herd and that social influence is a very powerful nudge. How do you use this knowledge when building a nudge and can you give an example? For example, in your book ‘Nudge: Improving Decisions about Health, Wealth and Happiness’ (2008) you mention letting people know that their neighbors consume less energy, thereby nudging them to consume less.

Sunstein: The energy example is a good one, involving the force of social norms in encouraging people to save energy (and thus save money). Another example is tax compliance: When those who do not comply learn that most people do comply, they become more likely to comply themselves. There’s also evidence that if people learn about the level of drug or alcohol abuse, and if the level is lower than they think, they become less likely to abuse drugs or alcohol. Something similar has been found to be true for voting. It is interesting to think about other potential applications, including corporate responsibility.

Sustainability Platform: It seems that choice architecture is a very powerful tool. Howwould you manage a situation where an individual or business is aware of this tool and do not use them in the spirit it of nudging? For example, using choice architecture out of pure self-interest to increase profits for his or her business?

Sunstein: Well, any tool can be abused, and nudges have certainly been misused by some institutions in the past including, in some cases, those who provide financial products, and who confuse and exploit consumers. The best safeguards are 1) economic competition and 2) democracy, including transparency and accountability. If private institutions nudge people, and hurt them in the process, we can hope that economic competition will be a safeguard, because consumers are not likely to appreciate bad nudges, at least not in the long-run. Public officials should be transparent. A great American judge, Louis Brandeis, described sunlight as “the best of disinfectants,” and sunlight can help to prevent and correct bad nudges. Keep in mind that choice architecture and nudging are inevitable; no society lacks them. The question is how to nudge for good! For that, we need a choice architecture for choice architects. Free competition and democratic self-government are pretty good places to start.