Recruitment: Time for a scene change?

Companies require qualified employees and increased diversity. But is the recruitment industry geared to fulfil their needs? 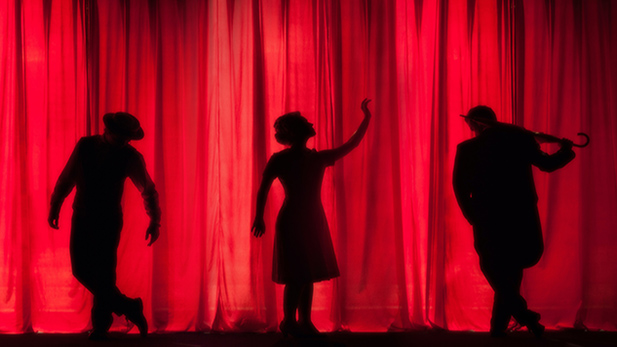 Perhaps a curtain was all they needed.

This is what directors of several American symphony orchestras thought, when they had to hire new musicians. And so, they decided to audition candidates from behind a stage curtain.

This way, only the notes counted. Gone was the risk of focusing on the candidates’ age, gender or protruding chin. And as it turned out, the number of women in symphonic orchestras increased.

This was back in the 1970s, and it is an interesting tale for several reasons.

Partly, the recruitment industry is not renowned for its experimental approach. Some would even claim that it is highly unlikely that such an experiment would have been carried out by a professional consulting agency. And partly, recruitment consultants are still challenged when it comes to ensuring sufficient diversity among the people they employ.

Because even though professional recruitment is of great importance, as it usually involves finding the right people for executive positions and specialised jobs, there has not been much research on the task as a continuous process.

“For several years, I have wondered at the traditional approach employed by the recruitment industry. There is a tendency, within parts of the industry at least, to work from a self-perception of being awarded with a particular talent for being able to read and understand other people.”

Collaboration between consulting agency and researcher

According to Morten Ballisager, many decisions are based on rituals and gut feelings rather than knowledge.

“I would like a more evidence-based approach, which was why, two years ago, we decided to collaborate with Kathrine Møller Solgaard from CBS. And of course, we are aware that there is no guarantee that her research will lead to the clear-cut conclusions that we may be hoping for.”

This is why Kathrine Møller Solggard from the Department of Organization is currently doing a business Ph.D. on recruitment, carried out for Konsulenthuset Ballisager.

The Ph.D. is funded by Konsulenthuset Ballisager and Innovation Fund Denmark, with a small contribution from CBS.

The fly on the wall

“I wish to work with research that takes its point of departure in real life challenges. Which is why writing a Ph.D. in collaboration with a company that is eager for someone to present a critical take on how recruitment is understood and practiced seems an obvious choice,” says Kathrine Møller Solgaard.

During the course of her study, she has been the fly on the wall in select companies, who were contemplating hiring new employees.

According to the CBS researcher, who originally trained as a psychologist, recruitment contains many tools. Some of the more commonly used are job postings, the screening of applicants and CVs, job interviews, personality tests, IQ tests, cases and references. Add to that onboarding – that is, the phasing-in of a new employee.

“I follow the entire process. What are the company’s contemplations, and where in the process do they change their perception of who they are looking for – because often, there will be changes along the way. Which tools do they use during the recruitment process, and how do they affect the process?”

Use personality tests with caution

Together with Morten Nissen, Professor at Aarhus University, Kathrine Møller Solgaard has just published an article on personality tests in the international journal, International Review of Theoretical Psychologies.

Personality tests are widely used, but also contested. Part of the criticism concerns the fact that candidates who are in some way familiar with the test beforehand will be able to see through some of the questions and thus manipulate their answers.

Others also point to the fact that the test in fact says very little about the person, but rather more about how they perceive themselves.

“I would think twice about considering results as factual information you can use to screen candidates. However, our research shows that the test can be a perfectly fine dialogue tool. If companies use test results to make candidates elaborate on some of their answers, they will be afforded an opportunity to talk about subjects they might otherwise not have touched upon,” says Kathrine Møller Solgaard.

“I would think twice about considering results as factual information you can use to screen candidates.

Keep the candidates’ professionalism in mind

She adds that it also affords you an opportunity to assess the candidate’s level of reflection, and how they understand themselves in relation to the test results.

But even if the personality test is better than its reputation when used correctly, the CBS researcher points to the fact that, generally speaking, you should be cautious and you should not focus too intently on the applicant’s personality.

“Typically, a company will be concerned about whether candidates can see themselves in the new department and in the organisation’s values. Which is indeed important. However, sometimes it is at the cost of putting the candidate’s professional skills into play because they are often considered a given, once you have glanced at their CV,” says Kathrine Møller Solgaard.

“This is also why using a case during the process can prove a good idea. The case will reveal how the candidate in question will go about a specific task and it will help ensure that you are not merely seduced by a charismatic personality.”

Many companies also envision using artificial intelligence. Both in order to increase efficiency by letting technology screen a large number of applicants, and to avoid some of the biases human beings have.

However, what we put into the machine, is also what comes out.

By way of example: a few years back, Amazon fed robots data about employees, gathered over the previous ten years, with the aim of the robots taking over more of the recruitment process. Only, the algorithms were as prejudiced as before in terms of gender, age, and ethnicity, because they were fed language and data from previous hiring committees.

So, technology can also produce unintended bias. And offbeat types like Albert Einstein would probably never make it through to the second round, because their answers would stick out.

Kathrine Møller Solgaard will be able to consider all these aspects further in the time to come. She arrived at Stanford University only a few weeks ago, and here she will continue her research.

“It was an opportunity my supervisor, Professor Jesper Strandgaard, made me aware of. I have just been on maternity leave, but together with my small family, I decided to go. It is a unique opportunity that we simply could not turn down, she explains.”

In addition to working on the analytical part of her Ph.D., Kathrine Møller Solgaard will take advantage of the fact that Stanford University is situated right in the heart of Silicon Valley, the main tech-industry cluster.

Among other things, she will study their technological development. Her aim is to gain knowledge about some of the possibilities and challenges that follow in the wake of an increased automation of the recruitment process.


Read the article in the International Review of Theoretical Psychologies: