The Department of Marketing invites you to spend an exciting afternoon with one of the most distinguished marketing scholars.

Professor Russell Belk will be visiting CBS to present:

Machines as Beings and Beings as Machines

We live in an age when robots are becoming increasingly human-like with artificial intelligence that mimics, and in some cases exceeds, our own. At the same time we humans are adopting cyborg-like modifications in an effort to improve ourselves through biological, mechanical, pharmacological, and computer technologies. These simultaneous transformations are not coincidental and both seek to transcend existing states of being. This convergence has implications for the ascendance of both the machine and the human to god-like super-intelligence in a trajectory that some see as leading to the end of the human species.

There is a critical need for consumer research regarding mutual acceptance and trust between humans and robots as well as regarding issues of safety, morality, identity, and interspecies intimacy. In this presentation I offer a conceptual, theoretical, and practical understanding of these issues and their consequences. I call for a program of vital consumer research in these areas. 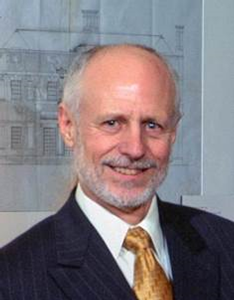 His research involves the meanings of possessions, extended self, collecting, gift-giving, materialism, sharing, and global consumer culture. His work is often cultural, qualitative, and visual. He has published approximately 550 articles, books, chapters, and videos. Most recently he co-wrote or co-edited the books: Qualitative Consumer and Marketing Research (2013), Research in Consumer Behavior (2012), The Routledge Companion to Digital Consumption (2013), and The Routledge Companion to Identity and Consumption (2012).

Register for the event via email to hmh.marktg@cbs.dk no later than 28 October 2016.