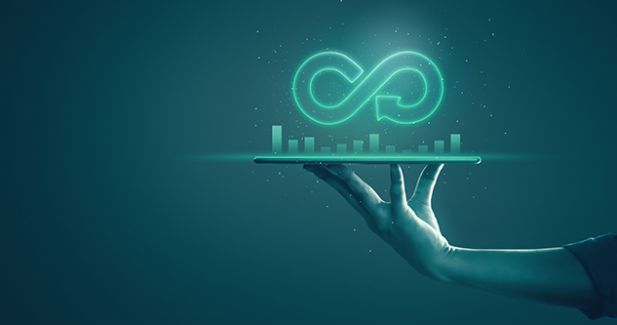 Cities today consume more resources than they produce. The UN predicts 68% of the world's population will live in urban areas by 2050. “With circular and regenerative cities, waste becomes a resource that helps build wealth rather than reduce it,” says Associate Professor Cristiana Parisi, project coordinator and principal investigator of REFLOW.

When it comes to circular economy, there is no accepted definition within the academic and practitioners’ literature and the concept has been criticized for the lack of focus on the social side. REFLOW sets out to offer a new approach and provides an innovative definition of circular economy at an urban level, one that is human centered, with a strong focus on social impact and social inclusion in general.

The project which started last year, will integrate the traditional view of circular economy (mostly focused on environmental practices) with additional dimensions i.e. the production of social value, the technological support, the governance structures, and capacity building.

This new approach will help support the circular economy transition within six European pilot cities (Amsterdam, Berlin, Cluj Napoca, Milan, Paris, and Vejle). A recent success has been the Vejle Pilot which was nominated for the World Goal Award from the Danish Waste Association.

“We will calculate, analyse and redefine urban resources through specific social, environmental, and economic indicators in order to assess the relationship between urban production and consumption. Moreover, we will assess the social impact of the solutions adopted in monetary term.”

“While active citizens involvement and systemic change is needed to re-design products, re-locate production, and re-think urban spaces, which in turn will enact this new form of managing resources,” says Cristiana Parisi.

“In my view, in order for the solutions to be sustainable in the long term, they need to stem from citizens’ needs and then supported by municipalities. Otherwise the solutions may be perceived as top-down and not relevant in the eyes of the citizens. We need to ensure circular economy principles are anchored in citizens’ vision and expectations,” Parisi adds.

CBS role is as the main coordinator of the whole project and consortium. “Our job is to formalise social and economic indicators, to facilitate and assess social impact and to define circular economy business models and business plans,” says Cristiana Parisi.

Each building block is led by a partner organisation (CBS leads the first block on performance measurement and social impact) that will work with cities to define a roadmap for the implementation of the circular economy project selected by the city itself.

The project is now at the stage where partners are starting their collaboration with cities to implement the governance structures to support the circular transition. While working on the technological part to elaborate the data collected and scale-up local best practices that improve and maximise resource efficiency and social impact.

In each of the six pilot cities there are Fab Labs where citizens can prototype, develop, and test circular products, software, and business models for their cities with the aim of democratizing access to technologies and supporting bottom-up innovations.

The ambition for the project is its results will offer guidelines and tools that other cities can adopt in their transition based on the specific challenge that citizens can identify. The REFLOW legacy will be available beyond the life of the project itself and will enable the replication of the solutions adopted by these six pilot cities.

This is an unusual research project for CBS as it is an Innovation Action (IA) project, collaborating with other research institutions, as well as a vast and interdisciplinary range of stakeholders. “I really feel that this project can produce good research about green transition but also undeniable societal impact and believe that for CBS this could be a way forward, a best practice to be replicated in the future,” concludes Cristiana Parisi.

The project has received funding from the European Union’s Horizon 2020 innovation action programme. To find out more and to get involved visit the CBS blog and the Reflow website