How shadow banks have exploited the COVID-19 crisis

Rather than levelling inequality, as the Great Depression did, the COVID-19 pandemic has exacerbated inequalities around the world allowing some wealthy investors to benefit from the crisis and make a fortune on the misfortune of others. 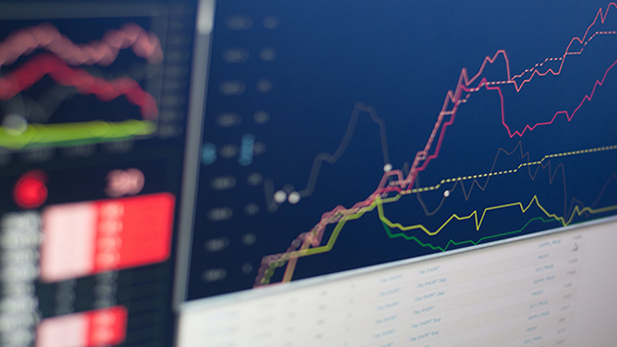 During March to December last year, U.S. billionaires increased their wealth by over one-third, to one trillion dollars, while millions of Americans faced deep financial hardship.

New research from Copenhagen Business School has examined how American “shadow banks”– which are less regulated and include private credit intermediaries such as private equity, venture capital, and hedge fund firms – have invested in ways that extract profit from the misfortunes of frontline workers, struggling companies, and distressed sectors.

The research focused on industry reports and news media coverage of the industry to track investments made by shadow banks during the crisis as well as their investments leading up to the crisis that affected the safety and security of frontline workers when the coronavirus hit.

“We found that while the most economically vulnerable have suffered the brunt of the pandemic’s hardship, those with financial capital have profited from struggling and booming sectors alike. The work of shadow banks has contributed to growing economic and social inequality during the crisis,” says lead author Megan Tobias Neely, and assistant professor in the Department of Organization, Copenhagen Business School.

The research is published in the American Behavioral Scientist journal.

While the general public is mostly unaware of shadow banking, this sector has been one of the fastest growing areas of finance since deregulation in the early 1980s. The research states that shadow banks have since played a central role in shaping how executives manage companies, often placing pressure on companies to downsize their workforces and cut wages and benefits for the sake of the shareholders.

“Private equity invests in private companies and often proactively influences how executives run the company,” says co-author Donna Carmichael, PhD Researcher in Sociology at the London School of Economics and Political Science. “Venture capital, a type of private equity, invests in start up companies and provides guidance to entrepreneurs. Hedge funds invest in both public stock markets and private companies.”

Healthcare, grocery, and distribution drivers have been some of the industries hardest hit even before this crisis. The authors cite Eileen Applebaum and Rosemary Batt's pivotal research to show how private equity has helped to create the conditions that made frontline workers vulnerable in the first place. These investors have targeted the U.S. healthcare industry with negative impact on hospitals, urgent care, and ambulances.

“Private equity firms often try to quickly turnover companies and invest less, or not at all, in new technology, workers’ skills, quality improvements, and emergency equipment stockpiles like personal protective equipment. This has had the effect of increasing healthcare costs and overburdening underpaid healthcare staff,” says Donna Carmichael.

“Women, especially women of colour, are disproportionately the workers who have been put at greatest risk during the pandemic. One-third of jobs held by women are ‘essential,’ and women compose 52% of frontline workers, including nine out of ten nurses and two-thirds of grocery store and pharmacy clerks. And so, the pandemic has made women ‘essential and expendable’ at the same time,” adds Megan Tobias Neely.

The research underlines how, during the pandemic, shadow banks profited by investing in both booming sectors (such as health technologies and delivery services) and those that have struggled (including the airline, energy, and hospitality sectors). “Many companies in the latter sectors have seen their share prices sharply drop as their revenue plummets and investors sell off shares,” says Donna Carmichael.

Short-selling occurs when an investor borrows a security and then sells it on the open market. If the price drops, they can then buy back the stock at the lower price and make a profit on the difference.

This is where shadow banks come in, to invest in turning those companies around or to short-sell (that is, bet against) the stock. “This is what hedge funds did that sparked the recent ‘GameStop Rebellion. An example of short-selling during the crisis is how one hedge fund manager made a $1.3 billion profit by shorting shopping mall stocks, knowing they’d be hit hard by covid shutdowns,” says Megan Tobias Neely.

“It can be seen as a riskier investment, and you can also lose money, but it is less regulated than other investment firms because the US Securities and Exchange Commission views these wealthy and institutional investors as less in need of protection. The climate of laissez-fair economics, the notion that markets will self-regulate and should be deregulated, has allowed shadow banks to thrive,” adds Neely.

The research hopes to raise awareness of how the everyday work being done in financial services can have adverse consequences for working conditions and inequality. The ramifications are often unintentional.

“The people working in these industries understand their work as making companies more efficient and providing savings for people to retire and for institutions like university endowments and sovereign wealth funds (the investments of governments),” adds Megan Tobias Neely.

This research has important takeaways for public policy to address hardship and inequality among average workers during and after the crisis. Tax and regulatory reforms are a possible avenue for change to address these pressing social issues.

“Another way forward is democratising corporate decision-making among workers and improving representation of workers, consumers, and communities on corporate boards. Even though many have called to ´Build Back Better´, the prospects for a more equal and equitable future is still far away,” concludes Donna Carmichael.