175 people registered for the PeRCent Annual Conference 2022, which was held on September 6, 2022 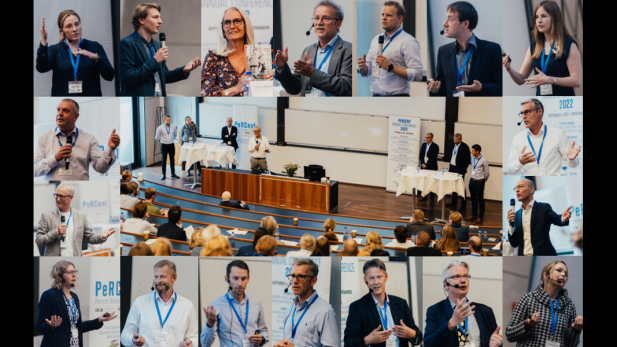 PeRCent held its eighth conference 'PeRCent Annual Conference 2022' on September 6, 2022. A total of 175 people signed up for the conference, which took place at Copenhagen Business School.

The research presentations included novel evidence on inequality in longevity and redistributional effects of the Danish pension system; theory and evidence on pensions reform and wealth inequality in Denmark; and a theoretical framework for how to think about the relationship between retirement saving and home ownership.

The keynote address was given by Professor Axel Börsch-Supan, a leading expert in the field of the economics of ageing, from the Max Planck’s Society’s Institute for Social Law and Social Policy in Munich. He talked about the challenge faced by pension policy of mastering the conflict of goals between social adequacy and financial sustainability, and he used the back and forth of German pension reform as a case study of long-term perspectives and short-term oriented policy.

This year’s policy forum began by marking the launch of the book “The Danish Pension System: Design, Performance and Challenges”, published by Oxford University Press and featuring contributions by members of PeRCent. This was followed by a panel debate in Danish about the recent report and recommendation from the Danish pension commission on retirement and attrition. Panelists represented Danish ministries, pension funds, organizations and academic institutions.

The conference was a joint initiative between Copenhagen Business School and the Danish pension industry and was organized by CBS-professors Svend E. Hougaard Jensen and Jesper Rangvid.