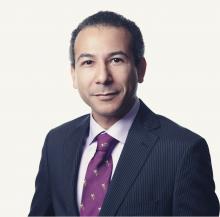 Mauricio Prado is an associate professor at the Dept of Economics at CBS. Prior to joining CBS, he earned a PhD degree in economics from the Stockholm University and worked at the University of Cambridge and the IMT Lucca Institute for Advanced Studies. During his doctoral studies, Mauricio was a graduate student at the Institute for International Economic Studies (IIES), a visiting student research collaborator at Princeton University, and also a visiting graduate student at the Massachusetts Institute of Technology (MIT) in the United States of America. In addition to the PhD, he holds a master's degree from the University of Brasilia and a bachelor's degree from the University of Sao Paulo; both in economics.

Mauricio's research deals with political economy and macroeconomic public policy in a broad sense. His current research projects focus on the politico-economic determinants of fiscal capacity and the effects of fiscal fragmentation on economic development, the role of regulation and trade on informality, the discounting of social projects, the welfare costs of business cycles, and the determinants of foreign-direct investment.