Department of Business Humanities and Law 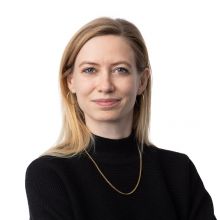 My main area of interest is the political philosophy of the 19th and 20th centuries with a special emphasis on German thought on philosophy of history and critique of capital and law. In my PhD thesis, I explore the relation between the legal theory of sovereignty and the concept of crisis in philosophy of history. Specifically, I work on the concept of the sovereign as a minimal condition of the state in the German legal thinker Carl Schmitt and its precondition in an eschatological view of crisis as the paradigm of modernity. Using the Marxist philosopher Walter Benjamin, I develop a critical approach to the historico-philosophical preconditions for sovereignty. Building on this analysis, I seek to understand the sovereigntist tendencies of our own times since the financial crisis.