The Copenhagen MBA climbs in the QS Global MBA Ranking 2021

Every year, QS World University Rankings evaluates global MBA programmes based on Employability, Return on Investment, Entrepreneurship & Alumni Outcomes, Thought Leadership, and Class & Faculty Diversity. Compared to last year’s ranking, the Copenhagen MBA climbed from a global rank of 26 to 24, placing the programme among the top 10% of global business schools. In Europe, the Copenhagen MBA ranks 11 - among the top 16% of regional business schools.

New piece on: How to Define, Identify, and Measure Societal Value

On Saturday 1 November, Ovnhallen was buzzing with activity as alumni from 24 chapters and more than 48 different nationalities came back to campus to celebrate twenty years of graduating CBS MBAs. 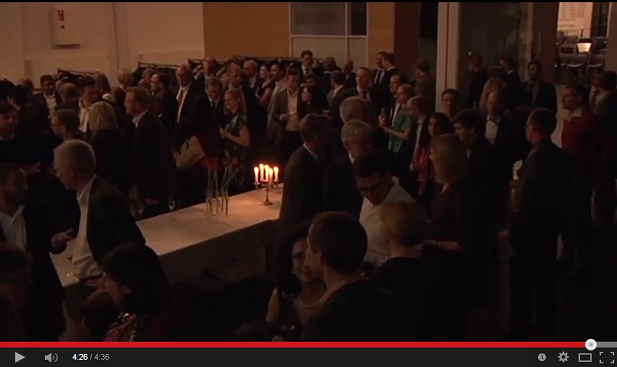 View the video by clicking here or on the image above.

On Saturday 1 November, Ovnhallen was buzzing with activity as alumni from 24 chapters and more than 48 different nationalities came back to campus to celebrate twenty years of graduating MBAs. In 1994, the CBS Executive MBA was launched as a premier MBA programme to develop leaders and less than ten years later the Full-time MBA followed.
“We were latecomers to the MBA market, as we already had a successful product in our HD programmes which was in high demand nationally,” former President of CBS, Finn Junge, and then-director of CBS Executive, Claus Valentiner, explained in a joint speech. “With an MBA, we wanted to establish ourselves on the international scene by offering a globally recognised degree. As part of the preparatory research, we spoke with colleagues at other universities and carefully compared our intended curriculum with MBA offerings already present in the market. It is a proud day for us to stand here, twenty years later, among all of you, and celebrate the oldest and most prestigious MBA in Denmark.”

Senior executives looking for that 360 business skillset and the cross-industry network which could provide that last boost towards achieving a C-suite position welcomed the CBS Executive MBA programme, which for many years stood alone on the CBS MBA product shelf. Ten years after the launch of the E-MBA, the highly international Full-time MBA programme directed at younger, high-potential executives, followed suit, and CBS is now in the unique position to have the largest and most international MBA alumni network in Denmark, containing 1300 alumni from over 60 countries.
“What I really appreciate about being part of the CBS MBA network is the back-to-classroom events,” said MBA alumni Ada Stein, who is American and graduated from the Full-time MBA programme in 2007.  “They allow me to constantly refresh my MBA skillset and encourage me to think about about the big picture instead of just focusing on my day-to-day work responsibilities.”
Carl Suhr Jessen, E-MBA graduate from 2014, agrees. “We have meetings, social events and we also visit each other’s companies to broaden our knowledge and learn from one another.”

The anniversary kicked off with a keynote speech from Christian Mariager, CEO of the Danish Tiger stores, who shared the story behind their sky-high growth as well as hinted at the need for constant managerial talent. Shortly thereafter, MBAs found themselves back to where it all began – in the MBA classroom – for a session with their professor of choice. Jesper Rangvid, Associate Dean for the E-MBA, vividly explored why there is no growth in Europe, while marketing and strategy Professor Thomas Ritter stressed the need for constant reinvention of business models and Professor Dana Minbaeva hosted a shared HR session with Lucien Alziari, Chief HRO from A.P Møller Maersk.
As the night wore on, long-ago classmates found themselves falling back into the jovial jargon of their MBA days. To borrow a phrase from Charlotte Fly-Andersen, CBS MBA Alumni Society Chairman of the Board, partying is also a part of networking and many an MBA took the chance to form new relationships, whether in the form of peers, future business partners or – perhaps one day - colleagues.
“The CBS brand is highly recognised among employers and with 20 years of MBA education, we know we have a strong presence across and within the Danish business community,” concludes Poul Hedegaard, CBS MBA Director. “We are also very proud to be part of the exclusive one percent of global business schools to hold the triple-accreditation which underlines our international reputation and sets us up for market longevity.”
Below are a few snapshots capturing the flavour of the day - thank you to all our alumni, faculty and staff for making the MBA Anniversary such a fantastic and memorable event! 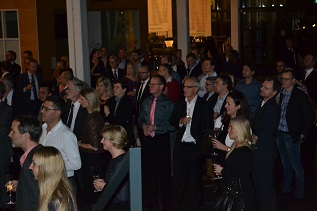 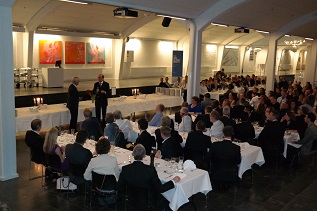 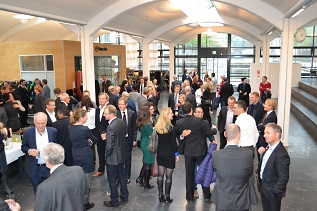 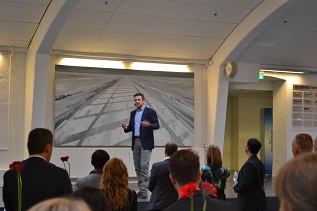