Article given the decade award by the Academy of Management 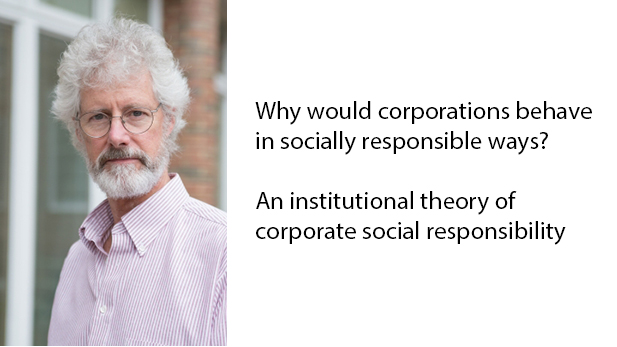 Article by John L. Campell given the AOM decade award

John L. Campbell article “Why would corporations behave in socially responsible ways? an institutional theory of corporate social responsibility” has been awarded the “2017 Best Decade Award” by the Academy of Management (AOM) at their recent annual meeting. The award is given to the most cited article in the last decade.