A political agreement on regionalisation has been made and as announced, CBS will close four programmes. However, the agreement entails that CBS will not have to reduce the student intake by as much as 10%. 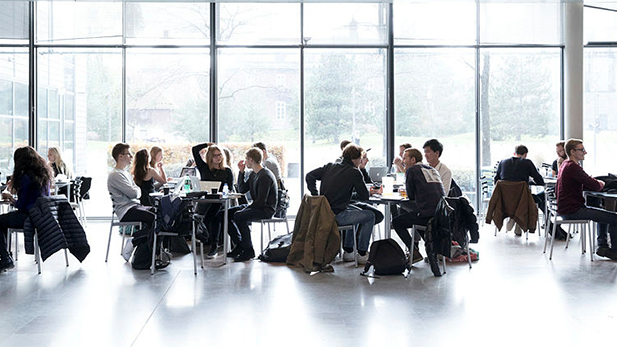 A political regionalisation agreement has been negotiated and agreed, and as a result CBS is to reduce the student intake by 317 students by, among other things, discontinuing four programmes over the next years. The agreement accommodates CBS by adjusting downwards the requirement to reduce the intake by as much as 10%. At meetings with political spokesmen and organisations in January and February, CBS has underlined the drawbacks of reducing the student intake too much.

- In the past couple of months we have fought to avoid having to reduce our intake by as much as 10% as it ultimately will be very difficult to meet the needs of the business community who employ almost 9 out of 10 CBS students, says Inger Askehave and adds:

- We would like to help fulfil the ambitions of the agreement on access to quality education and skilled labour everywhere in the country, however, it also has to make sense. Talented social science graduates with an international outlook are sought after – 94% of our graduates have a job within the first year after graduation. So we are really pleased that the politicians have listened to our wish to not reduce our intake at Frederiksberg too drastically, says Inger Askehave.

The political agreement means that CBS as announced will discontinue the enrolment in the following four programmes as of 2023: MSc in Business Administration and Philosophy, MSocSc in Political Communication and Management, MSocSc in Management of Creative Business Processes and MA in International Business Communication, which amounts to 192 study places. We will find the additional places by reducing the intake for already existing programmes; a total of 317 places.

Moreover, the agreement includes a requirement of an additional reduction of 0.3 percentage points so that the overall reduction of study places at CBS equals exactly 5% compared to the intake in 2019.

- This additional requirement corresponds to around 20 study places. We will not close more programmes than already announced as a consequence of the agreement.

The political agreement will now be scrutinised and the overall consequences will be considered, says Inger Askehave.

- We now know the political decision. We will read it carefully and assess the consequences and discuss it in the General Consultation Committee after the Easter break. Then we will start implementing the reduction of study places in Frederiksberg and continue to work on the possibilities of creating new places in Region Zealand, says Inger Askehave.

About CBS' regionalisation plan
CBS’ approach is based on the idea of building bridges between and collaborating with the education institutions already active in the region. This way, CBS can contribute to ensuring the recruitment base for their existing programmes and at the same time avoid creating unnecessary competition in the region. This means that CBS will not relocate existing programmes but we will look into the possibilities of new offers in the region, for instance in partnership with Zealand - Academy of Technologies and Business. Currently, CBS is looking into whether it will be possible to create 155 new student places in Region Zealand in 2023-2025 as new offers (incl. diploma programmes (HD)). However, this estimate is uncertain and is to be qualified over the next years.