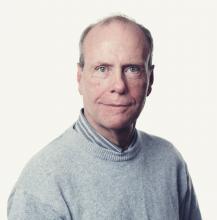 Peter Maskell is professor in Business Economic at Copenhagen Business School, Department of Innovation and Strategy. He graduated in Natural Science, earned his M.Sc.in Cultural Geography, both at Copenhagen University,  and based on research on regional development theory and research in new firm formation, respectively, he obtained at Copenhagen Business School a Ph.D. in 1983 and in 1992 a Dr.Merc. doctorate (i.e. a second doctoral degree obtained by mature researchers on the basis of dissertation documenting outstanding and original research).

He has published extensively in the fields of Economic Geography, Market Organization and International Business. His current research focuses on competitiveness, knowledge creation and the organization of economic activities across firms and space. He is a Clarivate Highly Cited Scholar with Google Scholar cites exceeding 23,000, Scopus 8,100 and Publons/WoS 5,700. He has been honored as ‘Best CBS Teacher of the Year’ and has initiated or co-initiated and managed several graduate study programs while successfully supervising or co-supervising nineteen PhD students.

Peter Maskell has an extended track record in academic leadership including, among many others, serving as chair of the national Social Science Research Council, and as chair of the Governing Board of the EU's Network of Excellence including +60 universities and +250 scholars doing research on the Dynamics of Institutions and Markets in Europe (DIME). He is co-founder and for more than a decade director of DRUID (www.druid.dk) and served on several international research advisory committees. He is current member of Academia Europaea and the Royal Society of Sciences (Sweden).

Maskell's long standing collaborative engagement with business has focused on inter-firm collaboration, make-or-buy strategizing and knowledge formation in several industries including creative professions and construction. He has been heavily engaged in work on infrastructure improvement, physical planning and urban renewal projects at national and local levels. He has served as journal editor in these fields and as member of the board of directors of significant market players. He has been engaged in enhancing efficient and environmental sustainable transport systems as chairman of the board of directors of a major commercial port and while chairing the board of directors of the related national trade association.

He has continuously rendered advice to policy makers in government and international bodies as member of numerous white-paper committees and as chair of governmental commissions preparing new legislation.