Center for Corporate Governance is proud to announce Prof. Henry Hansmann as the recipient of the Copenhagen Business School honorary doctorate

Henry Hansmann, Oscar M. Ruebhausen Professor of Law at Yale Law School, is recognized as one of the leading law and economics scholars of his generation.  He received both a J.D. and a Ph.D. in economics from Yale University. His scholarship has focused principally on the law and economics of organizational ownership and design. He has written extensively about nonprofit organizations, the relationship between contract law and organizational law, the historical evolution of organizational forms, and the structure of property rights. In addition to his many articles, he is the author of The Ownership of Enterprise and, with others, The Anatomy of Corporate Law: A Functional and Comparative Analysis. He is a fellow of the American Academy of Arts and Sciences, past recipient of a John Simon Guggenheim Foundation Fellowship, and past president of the American Law and Economics Association.

“Henry Hansmann has been a fellow at Center for Corporate Governance, CBS, since 2007 and has been visiting regularly for conferences, workshops and research cooperation. He is an active and enthusiastic participant in the CBS Industrial Foundations Project and has shown a long term commitment to the center and CBS. We are very delighted to honor Prof. Henry Hansmann with the doctorate degree.” – Steen Thomsen, Chairman of Center for Corporate Governance, CBS 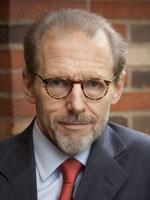 Registration is not necessary for the research presentation and we welcome everyone who would like to attend.